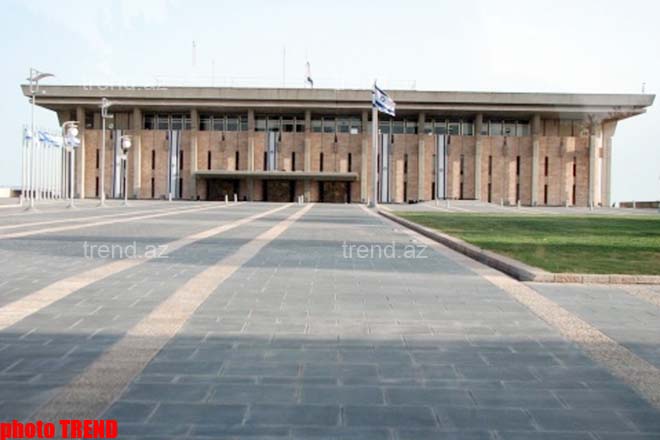 Not wanting to offend Turkey, the Parliament of Israel has never recognized the controversial events related to the Armenians in the Ottoman Empire in 1915, which Armenia describes as "genocide." Today, Israel should not accept it because of relations with Azerbaijan, conflictologist expert Tim Judah wrote in an article in the Jewish Chronicle Online.

"After the worsening of relations between Israel and Turkey, the Parliament Committee has publicly discussed the issue in December. But, more than likely that Israel will consider this issue in the context of the impact on relations with Azerbaijan when it comes to making a final decision on this issue" Judah writes.

Armenia and the Armenian lobby claim that the predecessor of the Turkey - Ottoman Empire had committed the 1915 genocide against the Armenians living in Anadolu and have achieved recognition of the "Armenian Genocide" by the parliaments of several countries.

Trade and economic cooperation between Israel and Azerbaijan is on the rise due to deliveries of Azerbaijani oil and gas production supply and the activity of Israeli companies in Azerbaijan, the Judah writes.

When the Soviet Union collapsed, Armenians started a brutal war against Azerbaijan and Azerbaijanis, Judah said. Thousands of people were killed and more than a million have fled their homes. Today, however, Armenia is a poor country with a population of about three million people, which declined sharply over the past 20 years, mainly due to emigration.

The situation in Azerbaijan, which has been known as the country of oil boom for more than a hundred years ago, is radically different, Judah writes. Azerbaijan is on the rise again. GDP grew from $ 5.2 billion in 2000 to $ 51 billion in 2010. Azerbaijani Foreign Minister Elmar Mammadyarov noted that Israel purchases 30 percent of required oil from Azerbaijan.

It is not surprising that Israel consider Azerbaijan as a strategic ally, Judah writes.