A group of local journalists visited Azykh village of Khojavend district and the Azykh cave liberated from the Armenian occupation through the organizational support of the Azerbaijani Ministry of Ecology and Natural Resources, Trend reports on April 28.

During a conversation with the journalists, head of the Biodiversity Protection Service of the Azerbaijani Ministry of Ecology and Natural Resources Firuddin Aliyev stressed that the Azykh cave is considered the first place of residence of an ancient man in Azerbaijan.

"This is confirmed by the lower jaw of a woman found in 1968 in the cave, who supposedly lived between 350,000-400,000 BC,” Aliyev said. “During archaeological excavations in the cave, historical samples of the Paleolithic, Eneolithic and Bronze Ages were also discovered. The research was launched by Mammadali Huseynov in 1960.”

“Unfortunately, after 1993, the Armenians carried out illegal archaeological excavations and the archaeological samples found here were taken abroad,” Aliyev added. “There is no information about these samples, they are lost. Tools from the early Bronze Age were found here. Moreover, the Azykh cave is one of the six paleontological monuments of Azerbaijan." 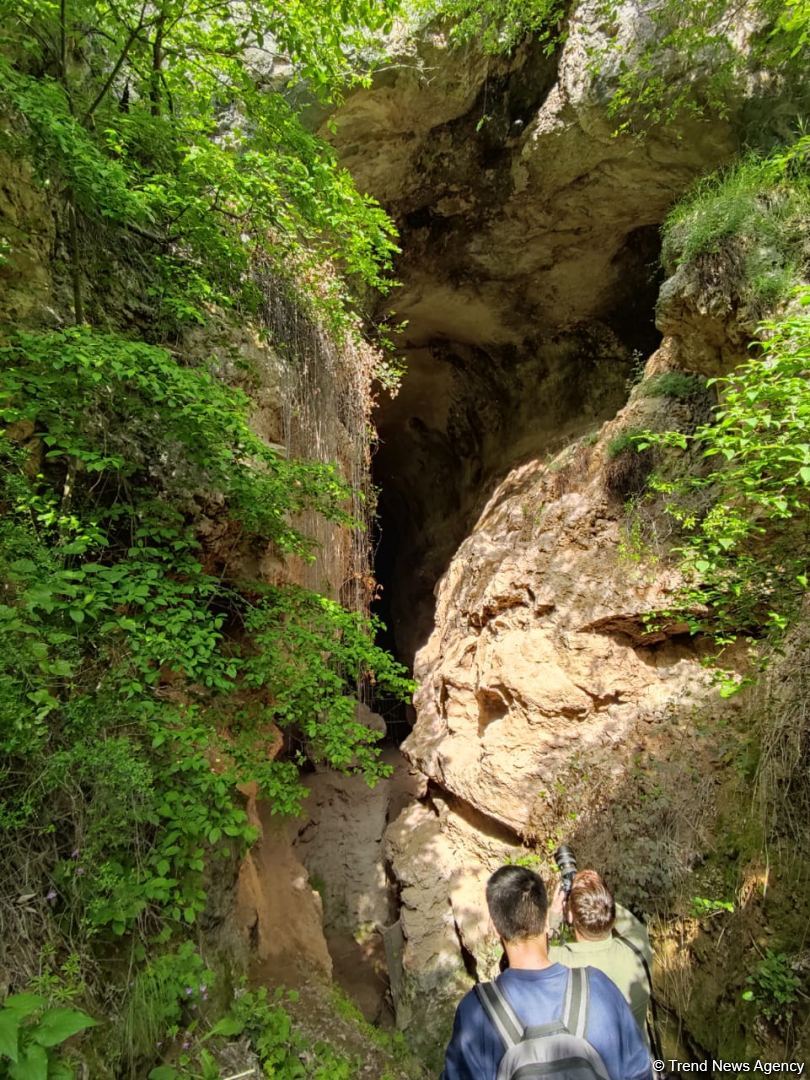