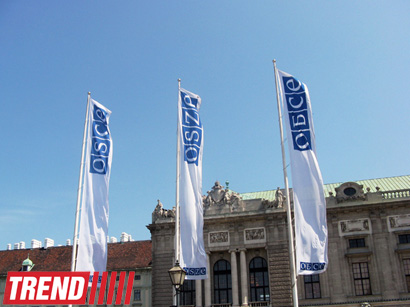 The OSCE Chairperson-in-Office and Swiss Foreign Minister, Didier Burkhalter, together with the Co-Chairs of the OSCE Minsk Group (Ambassadors Igor Popov of the Russian Federation, James Warlick of the United States of America, and Pierre Andrieu of France) expressed their deep concern about the intense upsurge in violence along the Line of Contact and Armenian-Azerbaijani border that resulted in numerous casualties reported in recent days. They extended their condolences to the families of the victims and shared the anguish of their grievous losses, OSCE press release reported.

The Chairperson-in-Office and the Co-Chairs of the Minsk Group said that they were deeply concerned about the fact that a clearly marked International Committee of the Red Cross (ICRC) vehicle came under fire while assisting the local population on the Armenian-Azerbaijani border on a humanitarian mission. They strongly condemned the deliberate targeting of civilians and shooting at representatives of international organizations and reminded the parties of their obligations under Geneva Conventions.

Azerbaijani and Armenian Presidents will hold a meeting in Sochi on August 8-9, Prime Minister of Armenia Hovik Abrahamyan said on Saturday.