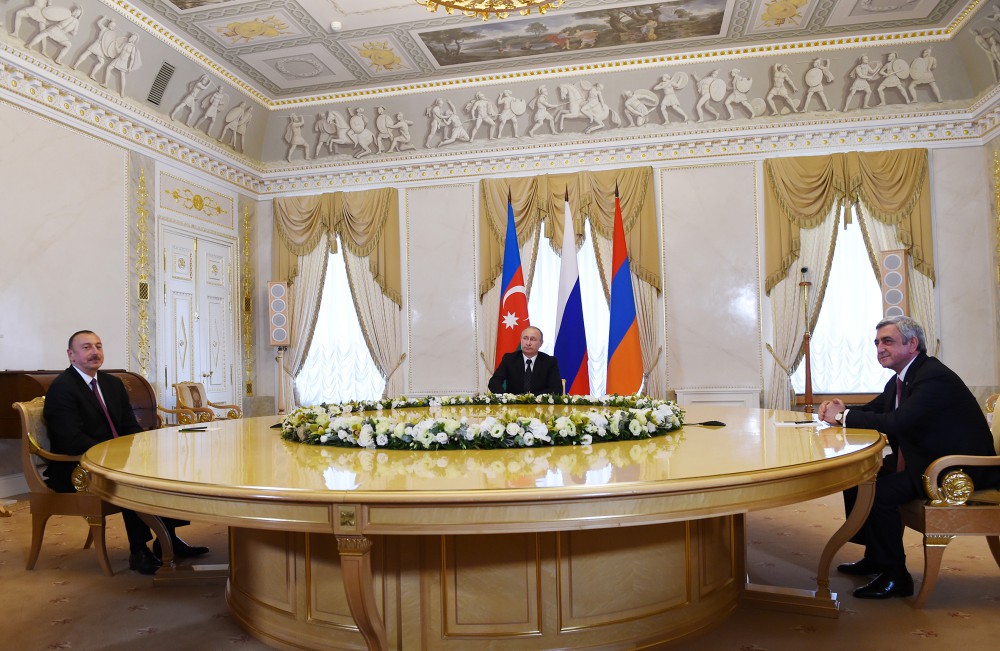 Azerbaijani and Armenian presidents confirmed the agreements reached during the Vienna meeting held May 16 on stabilizing the situation in the zone of conflict and creating an atmosphere to push forward the peace process, said message on the website of Kremlin.

For this purpose, the sides agreed to increase the number of international observers in the zone of conflict.

The two parties expressed satisfaction with the ceasefire regime which has been preserved on the line of contact in recent times.

The parties further exchanged views on the essential aspects of the settlement of Nagorno-Karabakh conflict.

The presidents emphasized that mutual understanding was achieved on a number of issues the settlement of which will make it possible to create conditions for the progress in the conflict’s settlement.

The presidents also pointed out the importance of their regular contacts on the settlement of the Nagorno-Karabakh conflict and agreed to continue those contacts in this format in addition to the work of the OSCE Minsk Group co-chairs who were invited to the final part of the St. Petersburg meeting.