Politics Materials 28 June 2010 16:35
A conference on "Development of the U.S. strategy in the South Caucasus and the Caspian Basin" has been held in the Center for Strategic and International Studies, Washington (U.S), the Centre said.

A conference on "Development of the U.S. strategy in the South Caucasus and the Caspian Basin" has been held in the Center for Strategic and International Studies, Washington (U.S), the Centre said.

Azerbaijani MP, Democratic Reforms Party chairman Asim Mollazade participated in the conference from the Azerbaijani side.

The significance of the South Caucasus and the Caspian basin for the U.S. were mainly discussed at the conference.

Heritage Foundation leading expert on Russia, Eurasia and international energy security Ariel Cohen said that now the United States are less represented in the South Caucasus, giving place to other countries. "As for Georgia, we see that the countries of the Persian Gulf are represented there. There are mainly Turkey and Russia with their energy cooperation in Azerbaijan. The situation with Armenia is a little more complicated in the context of the ongoing conflict. But if we are not represented in this country, there will be someone else," Cohen said.

Speaking about the future of the Caucasus, one can say that the region will play a key role in energy transit from the eastern Caspian coast, Cohen said.

Washington must specify the intentions and plans for the region for the successful continuation of the partnership between the U.S. and Azerbaijan, Asim Mollazadeh said.

"Recently, there is no U.S. presence in the South Caucasus and the Caspian Basin. Moreover, a number of negative trends, emanating from Washington, including the desire for a hypothetical rapprochement between Turkey and Armenia, instead of a real peace in the region, began to arouse the questions about the role of the United States for the South Caucasus from the Azerbaijani side," Mollazadeh said.

Let's talk about some negative tendencies. As I told you previous strategy of the USA which really contributed in the development of the region what we have now. We have nothing. People in the streets sometimes asking me because in Azerbaijan I 'm accepted as one of the strongest friend of the USA, where are your Americans? What are they talking about? What are they thinking about? Because we are the partners, we are the allies, we are fighting in different part of the world for the democracy. I couldn't respond to them on very hard questions. First of all why Americans thinking about some theoretical aspects of Turkish-Armenian rapprochement. This rapprochement passing from rapprochement between Azerbaijan, Turkey and Armenia. We need such a support from the US A and making peace. The USA can contribute to the future of Armenia; prosper Armenia after the peace with Azerbaijan and Turkey. This rapprochement should include all partners. Why did Turkey close the border? Because Armenia has occupied the big part of the neighboring country. Has something changed since that situation? We have to go to the peace step by step. Let's withdraw Armenian forces from occupied Azerbaijani territories, let's start opening not only all communications, let's work together to build serious work measure between Azerbaijan Turkey and Armenia because there is no incapability. We can live together and we must live together. We need Americans as ally. Where is the strategy of the US now? We have to know and we have to coordinate with our own strategy. We don't need investment, but we need the USA experience and no-hau.

The Atlantic Council researcher in Washington Alexandros Petersen said that now the U.S. position in the South Caucasus is the weakest one after the collapse of the Soviet Union. "The plans for the opening of Turkish-Armenian border have alienated Azerbaijan from the U.S., and deteriorated U.S relations with Armenia and Turkey," Petersen said.

In summer 2010 the USA has found itself in what must be an accrue/occur position regards the Caucasus and Caspian region of being cut and also have no leg to stand on. The USA position in the region is the worst it has been since the break up of the Soviet union. An astonishing foreign policy failure has been the story of USA efforts in the region recently. The choose of Caucasus to launch foreign initiative just after the US elections is laudable even the US domestic policy was major driver behind this decision. The problem was in the implementation. First of all the plan was not seem to have involved Azerbaijan in an GASE way/ I think it would be difficult to solve two part three party problem by focusing only on one part and engaging only two of the parties

The current situation should be viewed as an opportunity to refashion US policy towards the region. I believe this requires not the way that somebody has arguing for but more remaining of Eurasia.

1.      approaching Eurasia countries based on their merits, and understanding that some in fact are more strategically important for US interest than others.

2.      engaging the Eurasian countries with all of the tools not just in terms of security but diplomatically economically and culturally as well

3.      rejecting arguments from Eurasian countries or Russia predicating a spheres of interests

He said that the U.S. must seriously change its strategy towards the region. In particular, the relations with the countries of the region must be established in accordance with U.S. interests with regard to each of their countries to achieve a positive change in the situation.

"The U.S must demonstrate its presence through diplomatic, economic, cultural channels. Shortly, they must abandon attempts to approach the South Caucasus and the Caspian region as to the range of someone's special interests," the expert said.

The issues of regional security in Eurasia are not on the agenda. Until recently we had no policy in Azerbaijan, then it might be changed after the secretary Gates went there. We insisted that Nagorno-Karabakh should be kept on Armenian-Turkish reconciliation talks that ended in agreement in Zurich. As a result it created a major blow up between Ankara and Baku and tensions within the Turkish parliament and resolved by Turks changing their position and saying we supporting the conclusion between Armenia and Turkey with regards to Nagorno-Karabakh.

Azerbaijan threaten to cut off the flights to Afghanistan. President has said that he will put Nagorno-Karabakh on the priority but since month I have not seen anything. We only care about the threaten about Afghanistan. The fact is that we need a policy towards Azerbaijan with regard to end the war in Nagorno-Karabakh and with regards energy. If we don't take war and the impasse in negotiations seriously then the war will return. This is not intend equally Armenians saying to Turks look we suspending the ratification because you change your position. We don't resolve this issue which is not faraway if somebody will put his mind to there will be a war and the only part that will benefit is Moscow.

In his turn, U.S Army War College professor Stephen Blank connected the U.S strategic failure in the region with the fact that Washington pays insufficient attention to issues of regional security. "The U.S., considering transnational threats as a priority, must not ignore the regional threats. The U.S must try to resolve the Armenian-Azerbaijani Nagorno-Karabakh conflict, which is the main knot of the South Caucasus", Blank said.


He said that there is a direct dependence between the opening of Turkish-Armenian border and the settlement of Nagorno-Karabakh conflict. "To separate them is not the U.S. national interests. The country must not view Azerbaijan as a state that helps it in Afghanistan. The U.S. must realize the importance of Azerbaijan", Blank said. 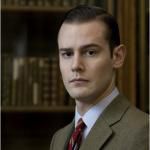