Publication by WikiLeaks is an irresponsible act by people who jeopardize the life of citizens mentioned in the correspondence, whose safety worries Washington, said U.S. Secretary of State Hillary Clinton, speaking at a meeting with students during her visit to Astana.

"I think it is a sad history that confidential information has been published on the Internet, firstly I am concerned about the fate of those who were mentioned in the correspondence," Clinton said.

Some documents received by New York Times and several other influential U.S and European media have been written recently. The documents marked as "secret" disclose details of the correspondence of President Obama's administration on crisis and conflict. However, the greatest impact caused harsh statements of U.S. diplomats about presidents of Muslim countries, European leaders, snatches of information from supposedly private conversations between the leaders of countries and U.S. officials and demands of Clinton to organize surveillance over the members of the Security Council from Russia, China, France and Great Britain. The authenticity of the documents has been questioned by most world leaders.

According to her, it must be admitted that the correspondence is not only among diplomats, but also other people from different professions.
"All people are counting on the confidentiality of correspondence, which in case with the U.S. Department of State and U.S. embassy has been grossly violated," Clinton said.

The Secretary of State said the White House and Barack Obama administration will continue to improve the foreign policy trend, which the administration could reach over the past few years.

"In this regard, we are concerned over everything being done to confront external threats, particularly from Iran. I want to especially emphasize Kazakhstan's voluntary refusal from nuclear weapons, which is one of the directions of following human rights," she said.

The U.S. and other Western countries accuse Iran of developing nuclear weapons for military purposes under the guise of peaceful nuclear energy program. Until now, the UN Security Council adopted six resolutions, four of which are aimed at imposing sanctions against Iran, requiring it to abandon uranium enrichment, and two resolutions containing warnings.

U.S. Secretary of State Hillary Clinton arrived in Astana to attend the OSCE summit which will open on Dec. 1.
Clinton heads the U.S. delegation of 200 officials, government representatives, including Assistant Secretary of State, members of Congress and experts - specialists of state agencies.

The OSCE has not held such a summit for 11 years. The OSCE summit will be held in Astana on Dec. 1-2 and will bring together presidents and prime ministers from 56 OSCE member countries and 12 OSCE partner countries, as well as the heads of 68 international organizations. 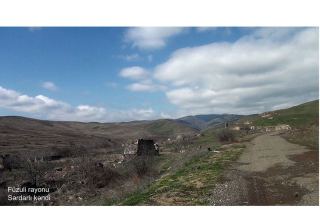