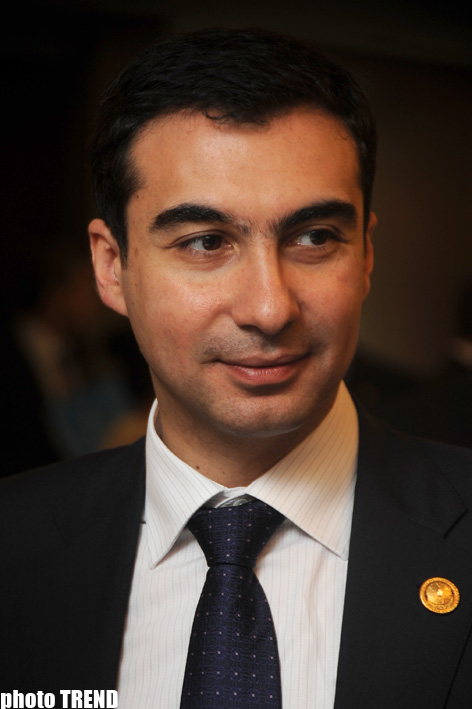 Friendly relations between Azerbaijan and Belgium have broad prospects, the Azerbaijani Special Envoy and Plenipotentiary Ambassador to Belgium and Grand Duchy of Luxembourg, and the Head Azerbaijani Representative to the European Union Emin Eyyubov said.

"The friendly partnership relations between Azerbaijan and Belgium have broad prospects, especially for further developing bilateral economic ties," the ambassador said in an interview with Trend. "We are trying to use every available opportunity to strengthen cooperation."

" Political high-level contacts are intensively developing," he said. "Meetings were held with the country's leadership during visits of National Leader Heydar Aliyev and Azerbaijani President Ilham Aliyev to Brussels within the EU and NATO in a bilateral format. The leaders discussed prospects of developing bilateral relations. Documents were signed in order to create a legal base and promote the development of economic ties between our countries, while inter-parliamentary ties continue to develop successfully. Parliamentary friendship groups are actively cooperating ."

The Belgian embassy, the only Belgian diplomatic representation in the South Caucasus, has been operating in Baku since 2007. Undoubtedly, it contributes to the intensification of relations between our two countries, the diplomat said.

Eyyubov said that political consultations will be held between the foreign ministries of Azerbaijan and Belgium this year to further strengthen bilateral relations, as well as to determine new sectors for cooperation. The embassy plans to establish the Belgium-Azerbaijan Chamber of Commerce . It will play a major role in coordinating the two countries' entrepreneurs to find partners in Azerbaijan.

"A military sphere is another important area of ​​ cooperation between the two countries," the diplomat said. "The countries are actively cooperating here." Baku is a transit point for Belgian military aircrafts making flights to Afghanistan. Representatives of military departments of both countries are exchanging visits while the sides a greed to sign the military's Memorandum of Understanding. Drafts of the memorandum have been exchanged."

"It should be stressed that there is a federal structure in the Belgian government," he said. "The powers were distributed between federal bodies and local authorities. Certain areas of cooperation are concentrated at the level of local executive bodies as federal authorities deal with some of these areas. Moreover, after the 2007 and 2010 parliamentary elections coincided with the country's political crisis, the government was unable to remain intact. Though these factors undoubtedly affect the pace of developing bilateral relations, the proximity of the Azerbaijan-Belgium positions is the real basis for a broad and productive dialogue on all levels."