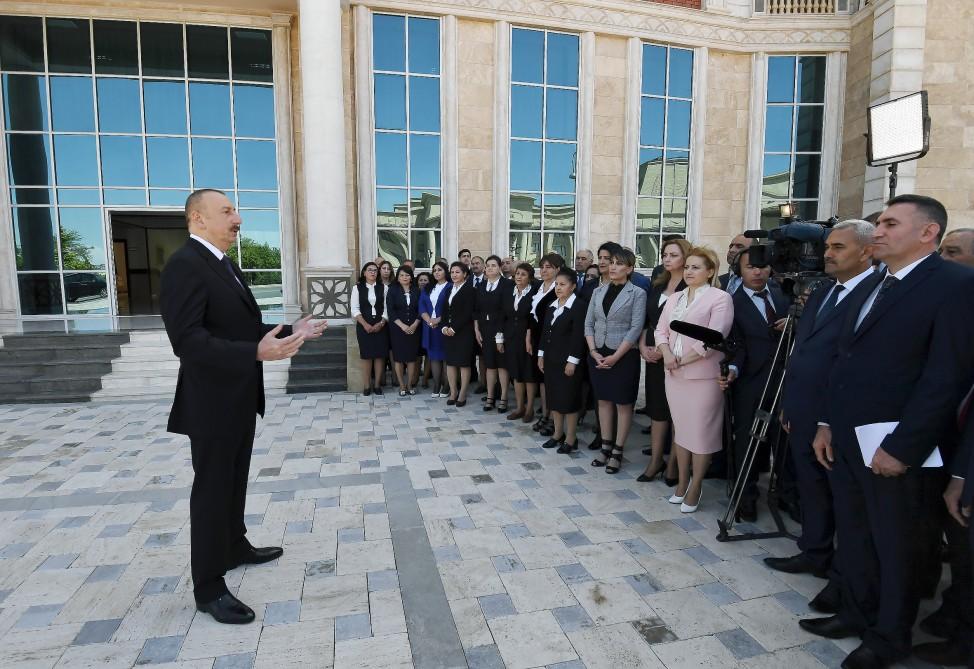 He was speaking May 16 at a meeting with the staff of the Nakhchivan Teachers Institute and representatives of the city’s public while taking part in the opening of the new building of the institute.

The Azerbaijani president noted that, first of all, a lot of work was done for the security of Nakhchivan.

“You live here face to face with the enemy,” Ilham Aliyev said. “Of course, for the successful development of the Nakhchivan Autonomous Republic, first of all, security measures should be a priority. We understand this. A lot of work is being done to strengthen the military potential of Nakhchivan. Nakhchivan’s army, which is an integral part of Azerbaijan’s Armed Forces, has the most advanced weaponry and equipment. In recent years, we have managed to significantly strengthen the Azerbaijani army. Nearly all or most of the purchased modern equipment, which correspond to Nakhchivan’s location and geography, are sent to Nakhchivan.”

President Aliyev stressed that today Nakhchivan’s army is powerful and can stop any provocation of the enemy and conduct a successful counteroffensive operation at the same time.

That is, security is fully ensured, he said, adding the security issue is always in the center of attention.