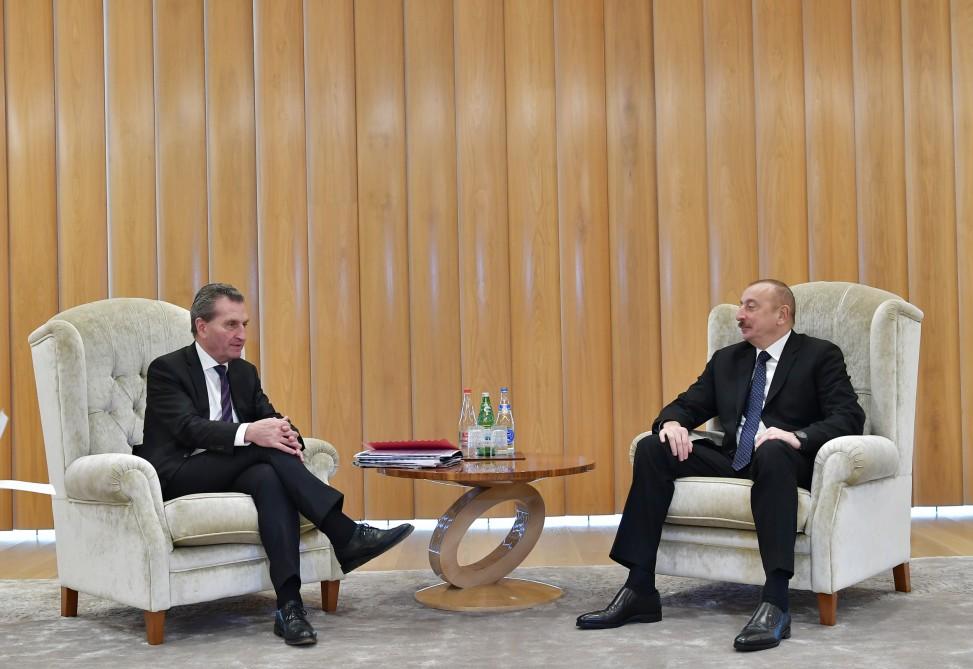 President of the Republic of Azerbaijan Ilham Aliyev has met with European Commissioner for Budget and Human Resources Günther Oettinger.

The successful implementation of the Southern Gas Corridor (SGC) project was hailed, the importance of the Advisory Council meetings was emphasized at the meeting.

President Ilham Aliyev stressed the European Union`s active involvement and role in the implementation of the project, and hailed the successful realization of the SGC.

Günther Oettinger conveyed President of the European Commission Jean-Claude Juncker`s greetings to President Ilham Aliyev. He said he is glad to participate in the Fifth Ministerial Meeting of the Southern Gas Corridor Advisory Council. Günther Oettinger hailed the professionalism of the Azerbaijani team in the implementation of the project. He described Azerbaijan as a reliable partner in the successful realization of the SGC.

The head of the state expressed his gratitude for President of the European Commission`s greetings and asked the Commissioner to extend his greetings to Jean-Claude Juncker.

The sides also exchanged views on Azerbaijan-EU cooperation in other fields.