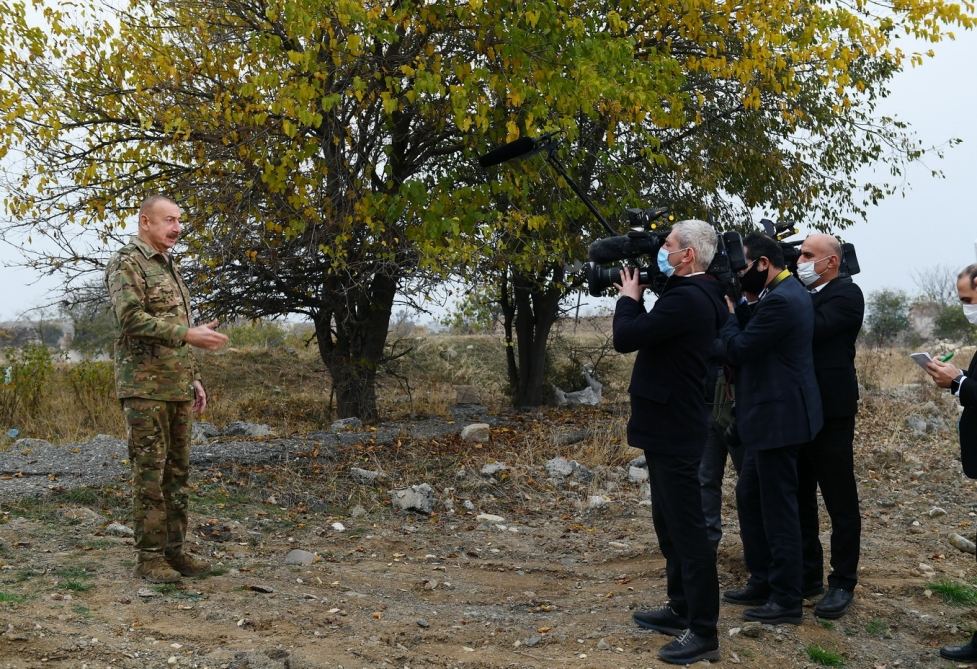 Victory monuments will be erected in all the [liberated] cities and life will return here, President of the Republic of Azerbaijan Ilham Aliyev said during visit to the liberated from occupation Fuzuli and Jabrayil districts, as well as Fuzuli and Jabrayil cities, Trend reports.

“A new master plan will be drawn up. Relevant instructions have been given. A master plan will be developed for each city. All office buildings, public buildings, schools and medical centers will be established here. All infrastructure will be put in place. Streets, parks and alleys will be built. Victory monuments will be erected in all the cities and life will return here,” Azerbaijani president said.

“The people of Azerbaijan will live, build and create here again. But today's history will never be erased. These destroyed houses are witnesses to Armenian savagery. Azerbaijani people used to live in these houses. The hated enemy came here and drove them out of their lands, destroyed their buildings, appropriated and plundered their property. The enemy is a thief, an immoral and dishonest enemy," he said.

"I want to say again that our brilliant victory is not only about the restoration of the territorial integrity of our country. It is also about a struggle between good and evil. The forces of evil have been defeated and we have won. Because we are here to create and build. The Armenians have only destroyed everything,” the head of state said.