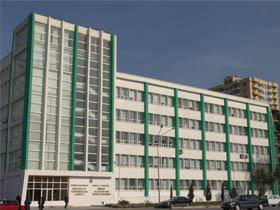 The Azerbaijani Ministry of Environment and Natural Resources in the first ten days of August  conducted regular monitoring of pollution of transboundary rivers Kura and Araz, the ministry told Trend.

According to the results of monitoring at the points where the river is subject to transboundary pollution in Georgia and Armenia, exceeding the permissible level of impurity of phenol and copper compounds, which are specific pollutants in the water and nutrients, was stressed.

Water flow in the river Araz for this period was 52 cubic meters per second, reducing by three times compared to the third decade of July.

The oxygen regime of water remained at 5,312-6,00 milligrams per liter. It was changed at the level of sanitation.