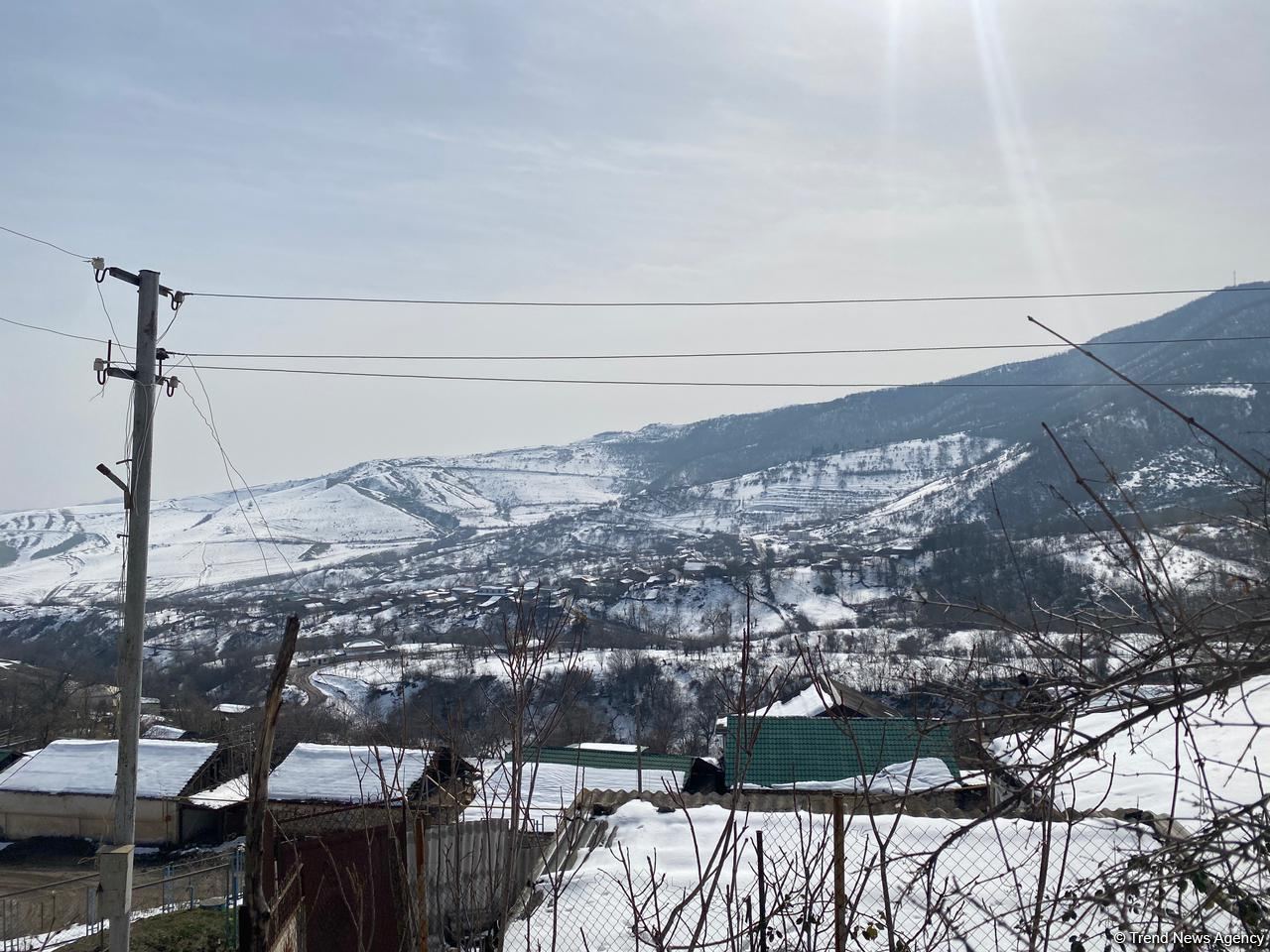 During the trip, the Trend TV crew film crew prepared a report from a house in the village, which served as headquarters for an Armenian general.

Historian Nazim Tapdyghoglu noted that the toponym ‘Edilli’ is associated with the name of the Azerbaijani, Adil bey.

“I would very much like the village to receive the official name 'Adilli'," said the historian.

"The village has the house which served as headquarters for an Armenian general, who issued commands to soldiers and officers from here. But, as you can see, after the start of the second Karabakh war, this Armenian general and the officers subordinate to him were the first to flee," Tapdygoghlu said.