The Azerbaijani economy continues to recover from the global economic crisis, Head of the International Monetary Fund (IMF) staff mission Nadeem Ilahi said at press conference dedicated to outcome of the mission's visit.

"Prospects for 2011 are also promising and growth of non-oil sector expected to reach 6 percent, and overall economic growth - at 2.8 percent," he said. "But rising inflation, expected to reach 10 percent by end-2011, pose macroeconomic challenges. The main challenge for policymakers would be to contain inflation expectations, while fiscal policy would also need to contain demand pressures."

The basis of the growth of non-oil sector will be the restoration of growth in sectors such as construction, trade and services, Ilahi added.

Ilahi said fiscal expansion, financed by oil revenues, has been the main driver of non-oil growth in recent years, but the increasing risk of overheating calls for moderation in 2011. Spending restraint in 2010 appears to have resulted in a lower-than-expected non-oil deficit, which, in turn, helped with restraining inflation.

The mission advocates spending restraint again in 2011, and welcomes the authorities' intention to undertake spending in line with absorptive capacity.

"Efforts to ensure medium term fiscal sustainability are warranted, even if the prospects for more hydrocarbon resources materialize. This could be achieved through raising non-oil revenues, making government spending more efficient, and allowing space for sustainable private non-oil sector to develop further," he said.

The sharp rise in global food prices warrants additional, well-targeted social transfers to the poor, who tend to bear a heavy burden of rising inflation.

The IMF mission was on visit to Baku from Feb. 7 to Feb.15. The discussions provided the basis for consultations under Article IV, which are expected in the second half of 2011. 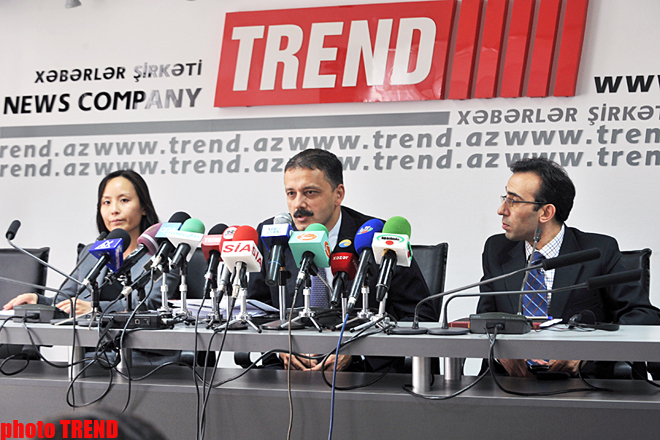