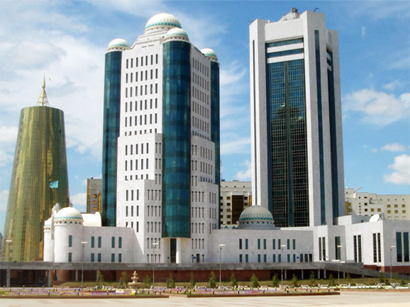 Kazakhstan needs transparency in the supply of oil products to the domestic market, said the Deputy Chairman of the Majilis (lower chamber of the Parliament), head of the Nur Otan faction Dariga Nazarbayeva.

"The paradox is that the government regulations on this issue are not fully implemented or are declarative," said Dariga Nazarbayeva, speaking at the meeting of the faction on "Topical issues of the country's needs in fuel and lubricants" saying, "The government order from November 3, 2011 "On approval of rules of access of oil and gas condensate suppliers" can serve an example.

The document explicitly states that producers of oil place information about the list of services for the processing of crude oil and gas condensate for suppliers, prices, etc. on their Internet resources. But such information is not available at the plants websites.

Nazarbayeva. said that one of the main causes of the current situation in the industry is a problem with the implementation of regulations and legislation on turnover of oil products. This is the unresolveness of supplies of the imported crude oil to the Kazakh refineries, administrative barriers for business in the production and sale of oil products related to the accreditation of suppliers of oil products.

In turn, the first Vice-Minister of Energy of Kazakh Republic Uzakbay Karabalin, speaking to deputies, said that despite the problems, the industry currently provides about 40 percent of the state budget revenues, 90 percent of the proceeds to the National Fund, over 70 percent of the country's exports, and generates about 25 percent of GDP.

Within the first 10 months of 2014, main refineries of the country processed 12.4 million metric tons of oil, which is 102.4 percent of the execution of the approved plan of the ministry of energy.

However, it is far below the level of processing before gaining independence, he said. Supply-demand balance of the most used AI-92 gasoline shows that the production of these oil products is insufficient to fully meet the needs of the country.

It is necessary to prepare for full-fledged parliamentary hearings involving a wide range of experts in the field, representatives of the expert community, Nazarbayeva said. The hearings are scheduled for April 2015.