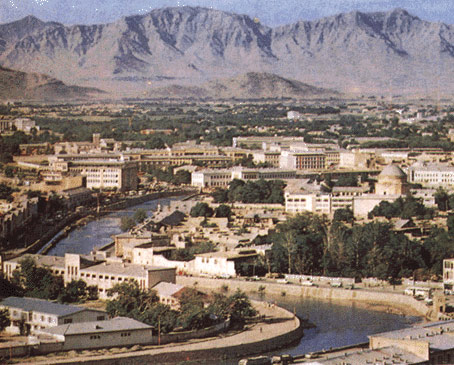 Baku, Azerbaijan, Dec. 11
By Elena Kosolapova- Trend: Afghanistan is looking for partners who will ensure security in the country after U.S. troops leave Afghanistan.

Afghan Parliament's speaker Mohammad Saleh Saldzhuki proposed Central Asian countries to create a joint program on border protection. He made such a proposal at the conference 'Stability and Security in Central Asia: Cooperation between Kazakhstan and Afghanistan' in Astana on Dec. 11.

Afghanistan hopes the Central Asian Countries will take part in protection of not only joint borders but also Afghanistan's southern borders with Pakistan within this program, Mohammad Saleh Saldzhuki said.

Meanwhile many experts and officials expect the withdrawal of NATO forces scheduled for 2014 will aggravate the security problems in the region.

There is a chance that Afghanistan will sign a security agreement with the U.S. that would allow for a small U.S. force to remain in the country after 2014. But the country is not in hurry to do it. Mohammad Saleh Saldzhuki said Afghanistan is not satisfied with the terms of the agreement the U.S. offers.

Afghanistan's proposal to Central Asia on joint border security program is not the first country's appeal of such kind to the neighbors.

In September 2013 Afghan President Hamid Karzai at the meeting of Shanghai Cooperation Organization in Kyrgyzstan asked the organization member states to assist Afghanistan in its struggle against terrorism.

"We understand that the entire world community is concerned by the state of our country after the withdrawal of the international coalition. But we can prevent violence and strengthen national security. Afghanistan will be able to solve this problem together with the SCO countries," the Afghan president said.

President Karzai held bilateral meetings with Russian, Chinese and Iranian leaders in resent months, and urged these countries to develop cooperation in the security sphere.

The question is if any country is able and willing to replace the U.S. in Afghanistan.

The Central Asian countries express readiness to develop cooperation, but unlikely have enough funds and experience to help. Moreover their interest in the region is low.

"The trade volumes between this region and Afghanistan are moderate as Central Asia produce products similar to Afghan export. They also do not plan to participate in development of Afghanistan's mineral resources as they do no have necessary resources and technologies," Azhdar Kurtov, chief editor of "Problems of National Strategy told Trend earlier.

Russia, China and Iran want to enhance their own influence in the region, so they can be more active in this process.

Nevertheless, these countries will unlikely allocate so much money to Afghanistan as the U. S. does.

"I don't think the Central Asian countries nor other regional stakeholders are ready or wiling to fulfill this gap," he said.

Moreover, Russia already has unsuccessful experience in Afghanistan in the 1980s and unlikely wants to repeat it.

As 2014 approaches, Afghanistan needs to decide how it will address the security question. This decision will affect the future of the country and the whole region.