UN regional seminar on counter-terrorism to be held in Ashgabat 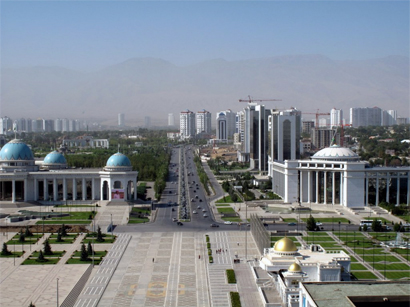 Regional Center for Preventive Diplomacy for Central Asia (UNRCCA) with the assistance of the Turkmen government is conducting preparation work for the regional seminar on counter-terrorism, which will be held in Ashgabat on October 15, 2018, the local television channel Altyn Asyr reported.

Turkmenistan closely coordinates its activities with the UN in the fight against terrorism, illicit drug trafficking and other threats, the Turkmen Foreign Ministry said earlier.

Turkmenistan cooperates with such international agencies as the UN Office of Counter-Terrorism and UNRCCA, which has its headquarters in the Turkmen capital.

Turkmenistan participates in the project implemented by the Office of the Counter-Terrorism Implementation Task Force of the UN Center of Counter-Terrorism (CCT) together with UNRCCA, with the support of the European Union and Norway.

In April 2018, the High-Level Meeting entitled as "Towards a Comprehensive Implementation of the UN Global Counter-Terrorism Strategy in Central Asia" was held in Ashgabat, and the third phase of the joint project was launched in support of the Joint Action Plan for Central Asia.

It was reported earlier that the UN Secretary General Antonio Guterres, welcomed the adoption by the Central Asian countries of the Ashgabat Declaration on Countering Terrorism, as well as their ongoing efforts to implement the UN Global Counter-Terrorism Strategy and its Joint Action Plan for Central Asia.

Pompeo meets Pakistani FM on Afghanistan, ties
US 08:17
Most popular