The issue of homeless people in suburban Tehran who had sought shelter in empty graves, has found its way up to the level of president, where Hassan Rouhani voiced great concern about the issue.

“Neither the government nor people tolerate seeing somebody sleep their nights in graves,” the president said in a local speech, IRNA news agency reported December 28.

Rouhani made the remark by referring to a letter he had received from a celebrity, warning about the great shock related to seeing Iranians sleep in such conditions.

Photos of some 30 homeless people who dwelled in a cemetery to the southeast of Tehran were published on the front pages of a number of newspapers in Iran December 27.

Calling this a great shame in an open letter to Rouhani the same day, famous filmmaker and Oscar winner Asqar Farhadi made plea to all those capable of providing any kind of help to these people . 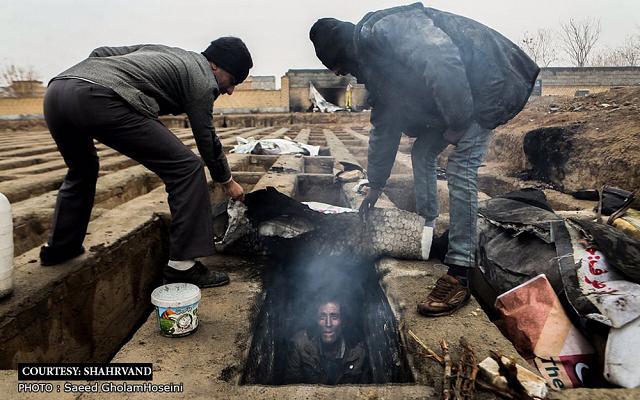