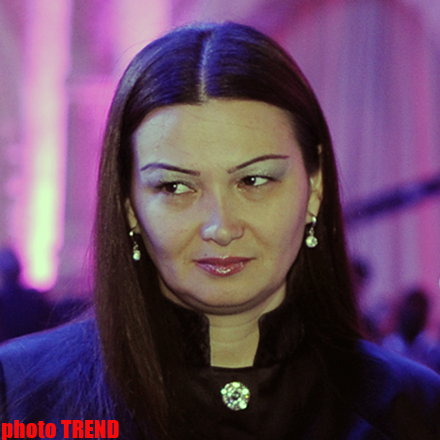 Azerbaijani MPs Ganira Pashayeva and Zahid Oruj held a number of meetings with Congress during their visit to the U.S. The MPs met with senators Roli Hiv and Brandon Shafer and other leaders, Pashayeva told Trend .

"During the meetings, members of the Azerbaijani delegation informed the audience that 20 percent of Azerbaijan's territory had been occupied by Armenia for over 15 years. They also informed them about the Khojaly tragedy, the destruction of Armenian-Azerbaijani historical and cultural monuments in the occupied territories, the lack of possibilities of more than 1 million Azerbaijani refugees and IDPs to return to their native land, and the non-fulfilment of the U.N. Security Council's four resolutions," she said.

According to the MP, the participants were presented with books, videos and films prepared by the Heydar Aliyev.

"Views were also exchanged on the development of U.S.-Azerbaijani relations," Pashayeva said.

MPs, Ganira Pashayeva and Zahid Oruj, have offered to rear the monument of Azerbaijani victims of the Khojaly genocide committed by Armenia in 1992, at a meeting with Louisville Mayor Chuck Shish and Louisville's municipality leadership.

The proposal was welcomed positively.

The mayor of Louisville stressed the great importance of expanding cooperation with Azerbaijan.

The parliamentarians also discussed action of the Amendment 907 adopted by the U.S. Congress.

MPs invited Polis to Azerbaijan, and while the congressman accepted the invitation, he also stressed the importance of developing cooperation between the two countries.