Azerbaijani President attended the opening of a concrete plant in Sumgayit 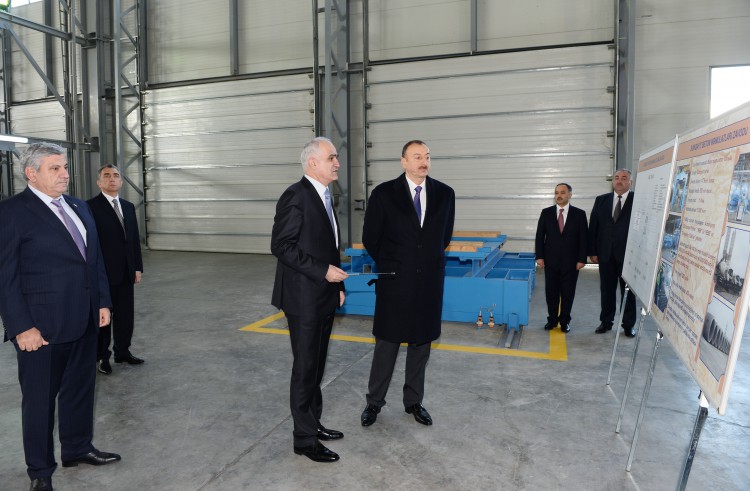 President of the Republic of Azerbaijan Ilham Aliyev has attended the opening of a concrete plant in Sumgayit.

Minister of Economy and Industry Shahin Mustafayev told the head of state that the total cost of the facility was 17.6 million manats. The National Fund for Entrepreneurship Support allocated a 500,000 AZN preferential loan for the creation of the facility.

President Ilham Aliyev launched the plant, which has seven production areas. The plant is the largest facility of its kind in the Eastern Europe in terms of the number and size of its equipment.

The facility created nearly 200 jobs. There is also an office building, production control center, and a 150-seat canteen.

The head of state reviewed the plant, and wished its staff success.