Events take place in Kuwait, Qatar and UAE as part of Justice for Khojaly campaign (PHOTOS) In connection with the 18th anniversary of the Khojaly tragedy, within the Justice for Khojaly campaign, the State Commission on Prisoners of War, Hostages and Missing Persons of Azerbaijan held a series of activities in Kuwait, Qatar and United Arab Emirates, together with the embassies of Azerbaijan in these countries.

The event was attended by representatives of the Azerbaijani communities in these countries, leaders, diplomats, several embassies, media representatives, many foreign nationals who are friends of Azeri people, the Commission told Trend on March 3.
Ambassadors of Azerbaijan in these countries provided the participants of the event detailed information on terrorist acts committed by Armenians against Azerbaijan, and Khojaly tragedy, which is a crime against humanity.

Addressing the meeting, Secretary of the State Commission on Prisoners of War, Hostages and Missing Persons Shahin Sailov spoke in detail about the Armenian policy of ethnic cleansing and genocide against the Azerbaijanis, the material and moral damage inflicted to Azerbaijan and Armenia's destruction of cultural monuments in the occupied Azerbaijani lands, as well as the crimes committed by Armenians against captives and hostages from Azerbaijan.

Participants of the event were presented a documentary film, books, photographs and other materials reflecting Khojaly tragedy and the Armenian terrorism. The event was covered in the media of these countries. 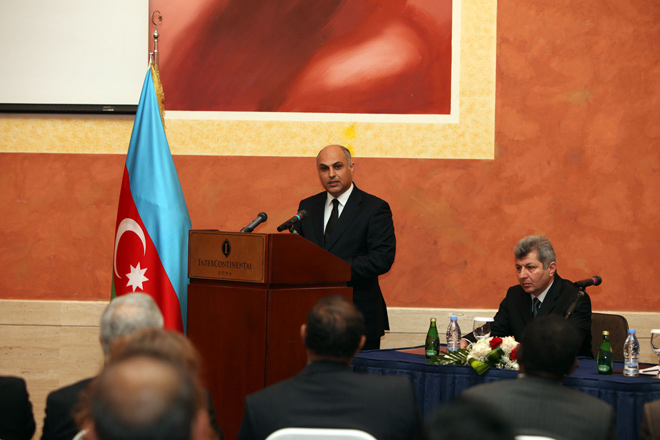