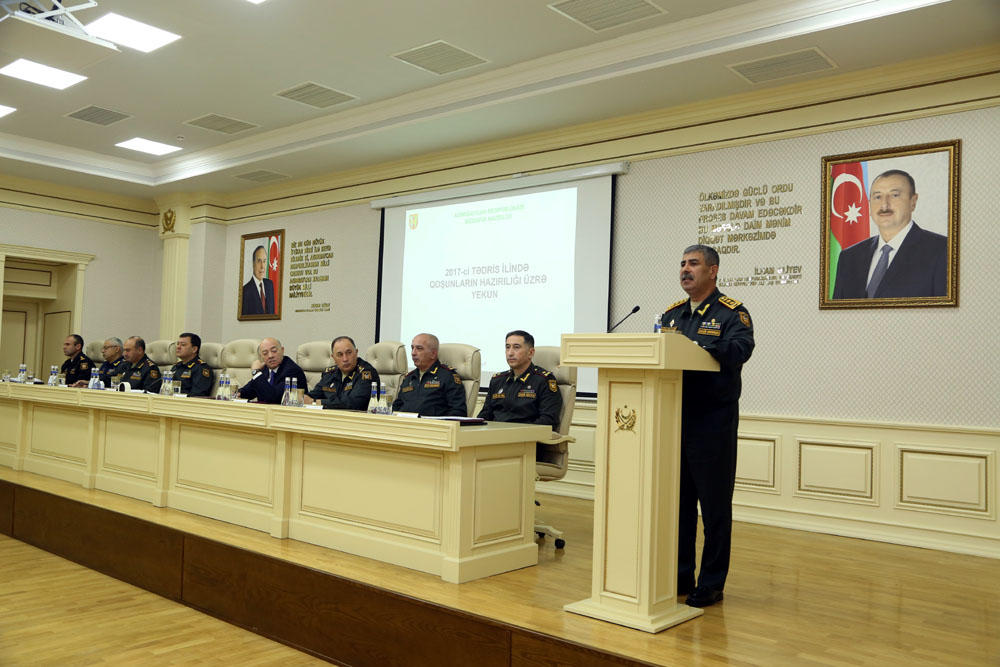 An extended session of Azerbaijan’s Defense Ministry Board on the results of preparation of troops in 2017 has been held under the leadership of minister of defense, Colonel General Zakir Hasanov with participation of the members of the Board, the press service of the country’s Defense Ministry reported.

Assistant to the President of Azerbaijan on Work with Law Enforcement Bodies and Military Issues Fuad Alasgarov attended the meeting.

The memory of the national leader of the Azerbaijani people Heydar Aliyev and heroic sons who died for the territorial integrity of the country was honored with observing a minute of silence.
Report on the work done in the field of Military Capability Development and tasks carried out in the main areas of activity during the reporting period were heard, as well as the recent reforms, the state of combat readiness of troops, service and other issues were discussed at the session of the Board.

The minister of defense delivered a voluminous report on the results of combat training, as well as tasks to be performed in the 2018.

The defense minister, highlighting the assessment, attention and care rendered by President of Azerbaijan Ilham Aliyev to the Azerbaijani army, spoke about the progress achieved under the leadership of the Supreme Commander-in-Chief in recent years.

Hasanov, having analyzed the work done in the current year, brought to attention the issues of combat training, the moral and psychological state of military personnel and the comprehensive provision of the defense system.

The minister gave relevant instructions to the command staff in connection with the fulfillment of the main tasks facing the army in the 2018 with an aim to increasing the fighting capability of the troops.

According to the order of the minister of defense, various awards and valuable gifts were presented to the servicemen for their distinguished service based on the results of combat readiness in 2017.

In the end, the draft decision of the Board session was discussed and adopted. 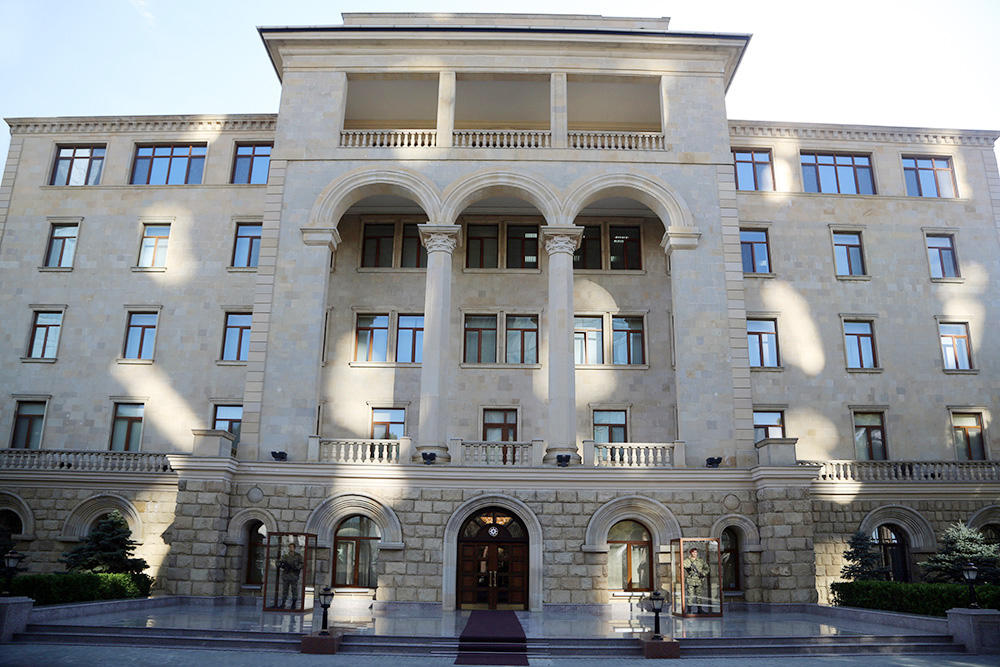