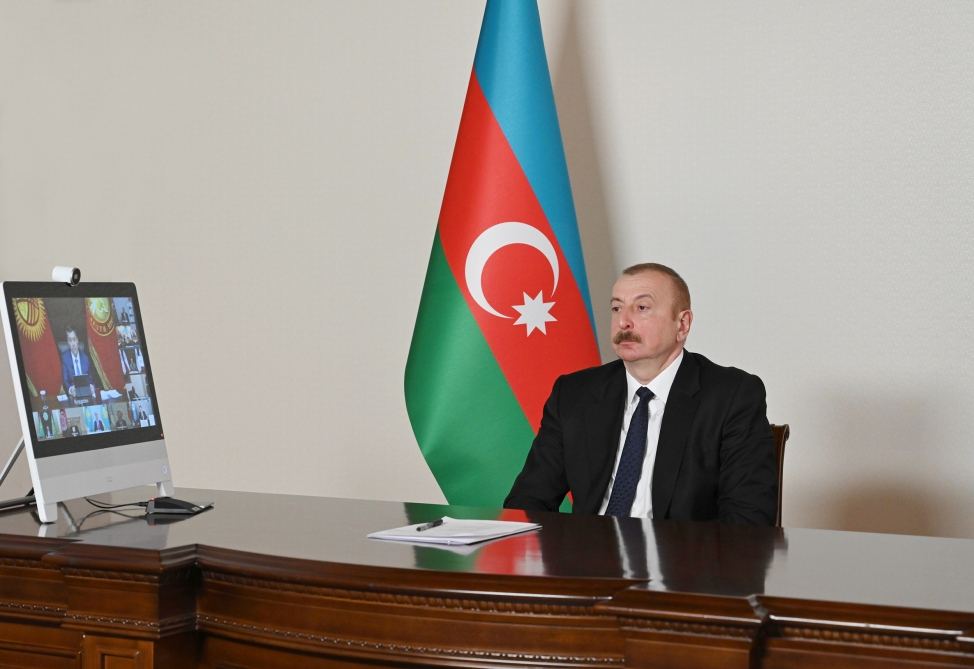 The military victory won over Armenia on the battlefield was also fully accomplished by political ways, President of the Republic of Azerbaijan Ilham Aliyev said making a speech at the 14th Summit of the Economic Cooperation Organization (ECO) held in a video format, Trend reports.

“In 2020 Azerbaijan put an end to nearly 30 years of occupation of its territories by Armenia through military-political means. The military victory won over Armenia on the battlefield was also fully accomplished by political ways,” President Aliyev said.

“The United Nations Security Council resolutions of 1993 demanding immediate, full and unconditional withdrawal of Armenian troops from occupied territories of Azerbaijan remained on paper for 27 years. Azerbaijan itself ensured the implementation of these resolutions and restored its territorial integrity. The invaders were thrown away from ancient Azerbaijani lands of Karabakh. The armed forces of Armenia were fully destroyed within 44 days. Azerbaijan forced Armenia to sign act of capitulation on 10 November 2020,” Azerbaijani president said.

“The first country to support Azerbaijan during the war was the brotherly Turkey. We highly appreciate the statements of my dear brother Recep Tayyip Erdogan, President of Turkey and his political and moral support,” the head of state said.