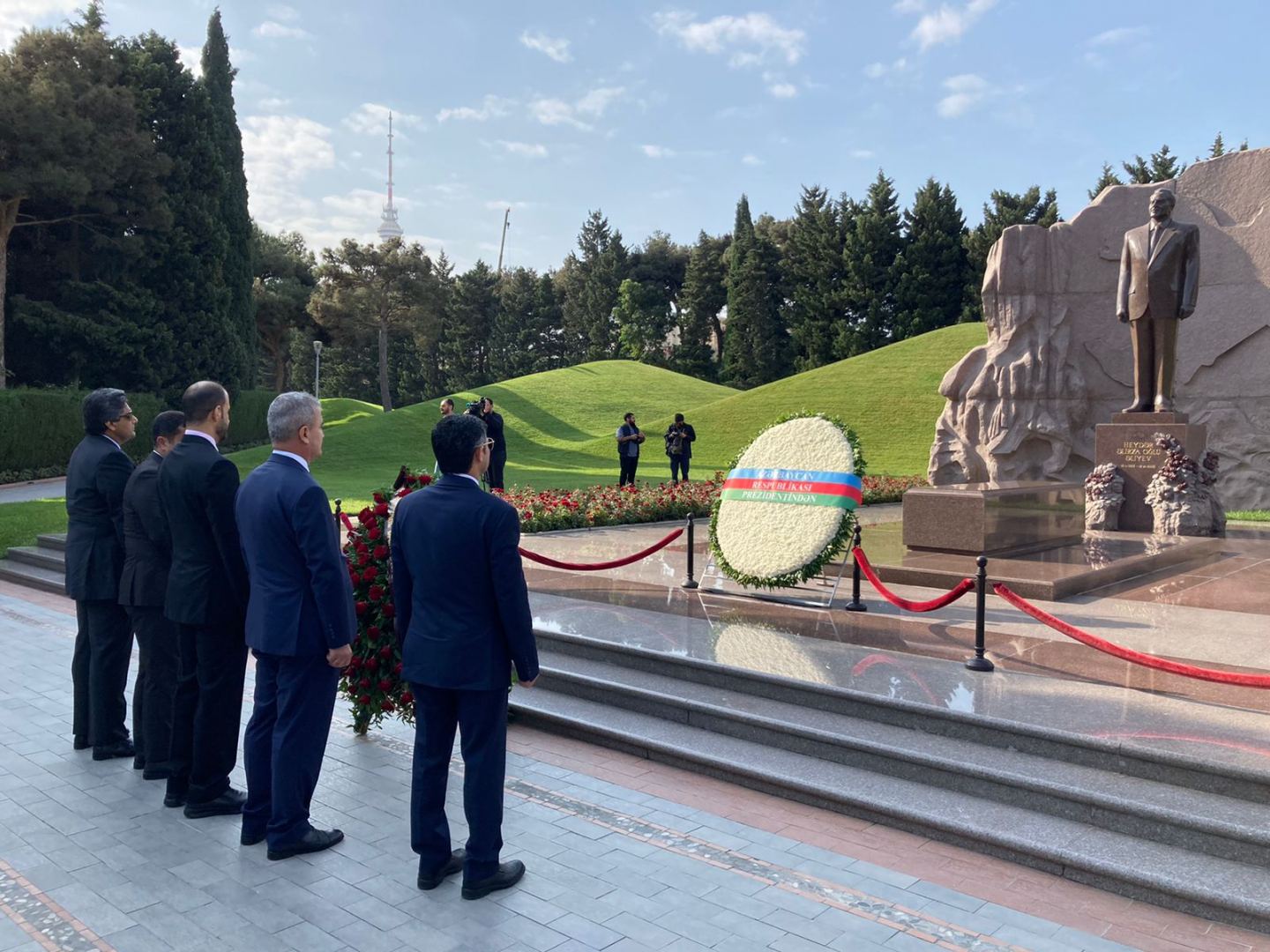 Another international delegation has come to Baku on an official visit by invitation of Azerbaijani Commissioner for Human Rights (Ombudsperson) Sabina Aliyeva to investigate crimes of Armenia in previously occupied Azerbaijani territories [until their liberation in the 2020 Second Karabakh War], Trend reports on Sept.23 citing the Ombudsman’s Office.

Armenia's war crimes against Azerbaijan, the facts of destruction of cultural monuments, and the consequences of environmental terror will be assessed by a delegation of experts led by the chairman of the Independent Permanent Commission on Human Rights of the Organization of Islamic Cooperation (OIC).

On September 23, the delegation and the head of the Ombudsman’s Office of Azerbaijan, member of the Independent Permanent Human Rights Commission of the OIC Aydin Safikhanli visited the Alley of Honor and the Alley of Martyrs in Baku.

First, the members of the delegation visited the grave of the national leader Heydar Aliyev on the Alley of Honor, and then the grave of the prominent ophthalmologist, academician Zarifa Aliyeva.

After that, the memory of the martyrs who died for the territorial integrity and sovereignty of Azerbaijan was honored on the Alley of Martyrs.

The public will be informed about the official meetings and assessment missions that will be held during the visit.