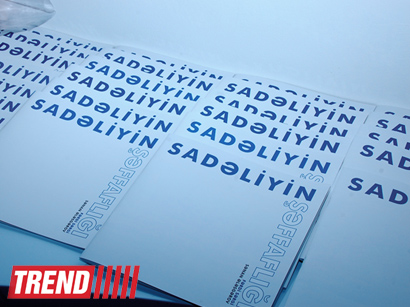 "Transparency of Simplicity" exhibition is an experimental project by a well-known photographer, Mr. Sanan Alaskarov. An artist-produced new photo series included 25 colored photos synthetized through combination of technical performance and a universally accepted simple stuff beauty issue. Fragmentariness is nothing more than a predominant environmental perception viewpoint of the artist.

The author pays attention to things that aren't remarkable for ordinary people, be it a suddenly cast sunshine or a shadow on a road, glamorous branches of an old creaking tree, a children's playground requiring maintenance or any other images -all these is capable to provoke new thoughts, connotations, feelings and fancies mindset, and the artist makes benefit from it, while begetting concrete and abstract images of subjective beauty in his photos.

Photo series evidently reveals the ardent desire of generating images endowed with virtues of beauty and simplicity of the commonplace. As for nature, it generally renders support and plays the role of image-making texture fabric.

Official opening of the exhibition will be held on March 2 and will last till March 24.