Red Bridge to be reconstructed in Azerbaijan till late 2019 (PHOTO) Part of the work on the Red Bridge near the crossing point between Azerbaijan and Georgia, the reconstruction of which was launched in 2018, is under completion, Fariz Huseynov, spokesman for the State Service of Cultural Heritage Conservation, Development and Rehabilitation under the Azerbaijani Ministry of Culture, told Trend on Sept. 9.

“The restoration of the destroyed part of the bridge is under completion,” he said. “Moreover, the surface, sidewalls of the bridge and the caravanserai (a roadside inn where travellers could rest) were cleaned.”

“The facade, parapet and upper deck of the bridge are being restored,” he added.

Huseynov said that the reconstruction is planned to be completed till the end of this year.

The project for the reconstruction and conservation of the monument was prepared by the Azerberpa Scientific Research and Project Institute.

The caravanserais and bridge spans are being reconstructed. The load-bearing walls are being strengthened. The special attention is paid to the preservation of the historical appearance of the monument. After entire work is over, the bridge will be used by pedestrians. 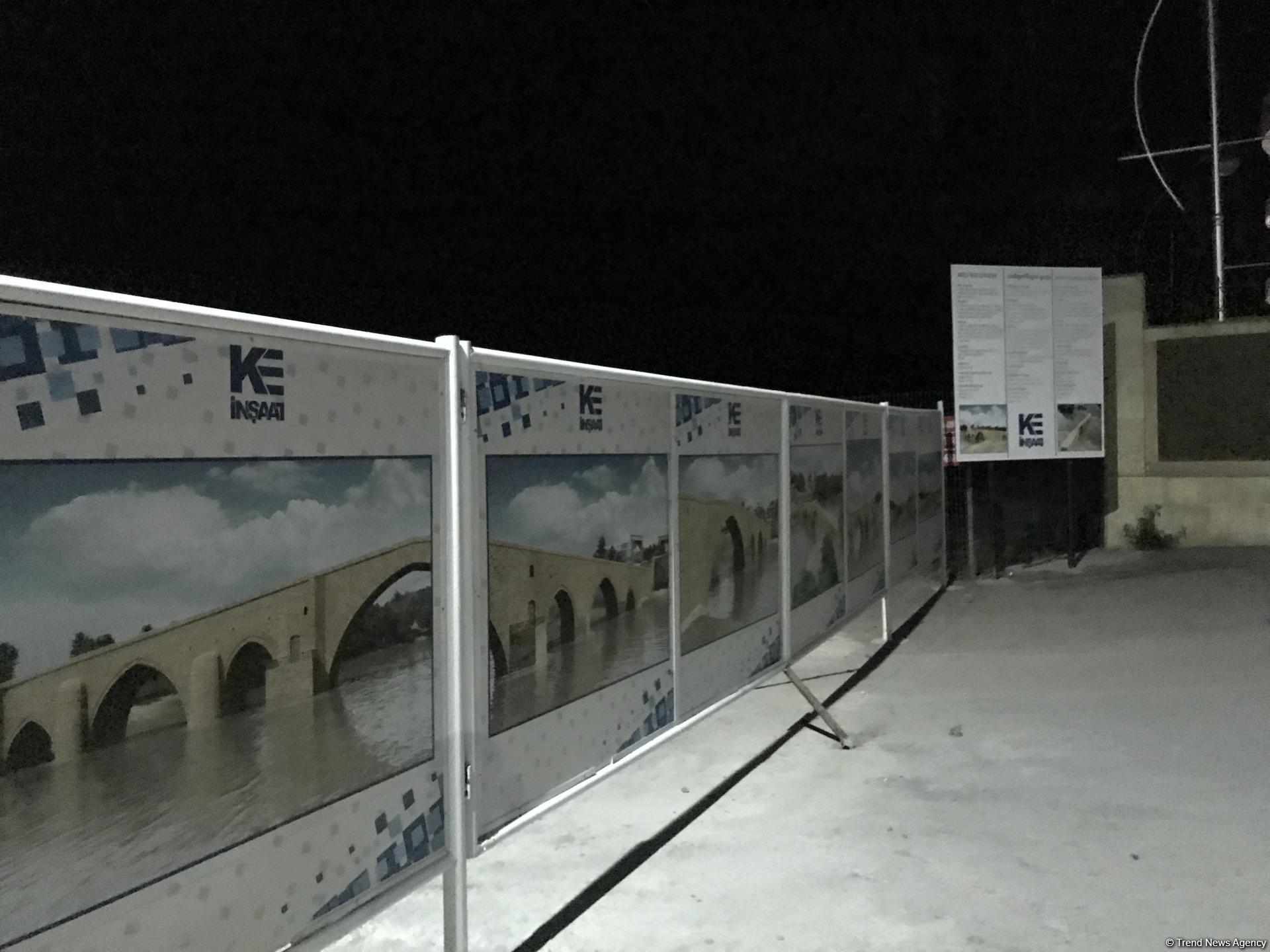