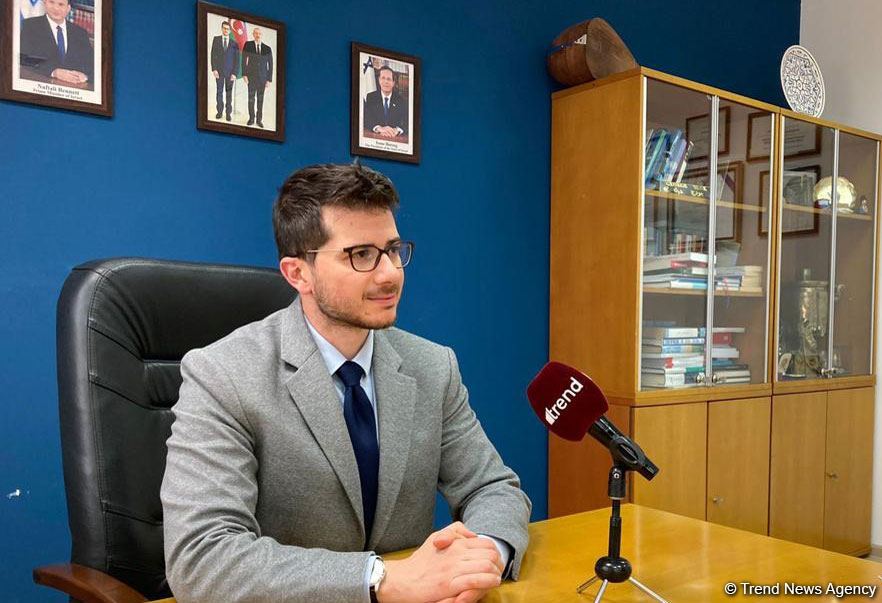 BAKU, Azerbaijan, December 8. Israel is willing to assist Azerbaijan in boosting its capacities in the space industry, George Deek, Ambassador of Israel to Azerbaijan, told Trend.

"The relations between Israel and Azerbaijan are vast and go through different areas. I believe, space can be one the main areas of cooperation between our countries, that goes on the government level, and on the level of the private sector," he said.

The ambassador pointed out, Israel, as one of the leading powers in the world in the field of space, having launched its own satellites and assisting other counties, is ready to help Azerbaijan develop and grow to to become a dominant power in the world of space as well.

As for the private sector, there are such Israeli companies, as ISI ImageSAT, Rafael Advanced Defense Systems, Elbit Systems, and others, that may come to Azerbaijan and work in this field, he said.

"Minister of digital transformation and transportation, Rashad Nabiev, visited Israel several months ago, he met with Israeli space agency when we were there. And today we are meeting constantly with the people of space agency of Azerbaijan, with the chairman and his team, and we are always talking about various programs. And those programs can be educational - from the school level to develop awareness, to develop knowledge, to develop curiosity for the field of space All the way to the commercial level and the having Israeli technology and Israeli companies working in Azerbaijan," Deek said.