Antonio Guterres: Сonstructive role of Kazakhstan in UNSC is of most immediate interest

Kazakhstan intends to continue support Secretary-General in the UN reform, promotion of the goals of sustainable development, counteracting contemporary challenges and threats, and the establishment of the Organization’s presence in Central Asia, BNews.kz reports.

The sides argued key issues of the UN agenda and international relations. Thus, Antonio Guterres pointed out the historical significance of the Aktau Caspian Summit, and also expressed the UN readiness to help further strengthen the cooperation of the states of Central Asia. UN Secretary-General has expressed support for the Code of Conduct, initiated by Kazakhstan, to achieve a world free from terrorism.

In view of the UN Secretary-General constructive role of Kazakhstan in the UNSC is of the most immediate interest.

“We highly appreciate Presidential initiatives which are backbones of the peace. Kazakhstan in UNSC is a voice of wisdom and a bridging supporter, ” António Guterres stated.

António Guterres focus the role of Astana in the settlement of the Syrian crisis, thanks to which it was possible to avoid the development of the situation in the worst-case scenario. The role of Kazakhstan's diplomacy is extremely positive in strengthening mutual understanding between countries and religions, the UN secretary-general stressed.

It should be noted the Kazakh Diplomat also met with his Greece colleague Nikolaos Kotzias to discuss "economic diplomacy" and cooperation of the Central Asian countries and the Balkan region. The parties agreed to hold bilateral political consultations in the near future. The idea of establishing a regular dialogue between Central Asia and the Balkan countries was voiced.

During the meeting with Foreign Minister of Dominican Republic further expansion of bilateral legal basis was talked over.

During the conversation with the Foreign Minister of Angola, Manuel Augusta, issues of cooperation within the framework of the UN, the cooperation of Kazakhstan with the African Union, in which this state heads the Peace and Security Council, prospects for investment and trade and economic relations were discussed as well.

In addition, the Kazakh foreign minister exchanged views on the current issues of bilateral cooperation with the foreign ministers of the FRG, Saudi Arabia, Somalia, Eritrea and a number of other states of the world on the sidelines of the UN General Assembly.

Kazakhstan to approve its geological exploration program till 2025
Business 17:52 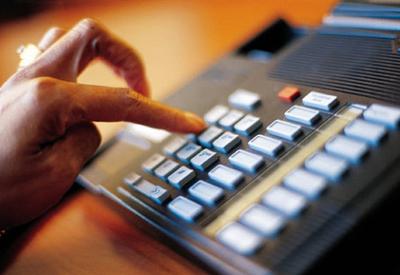