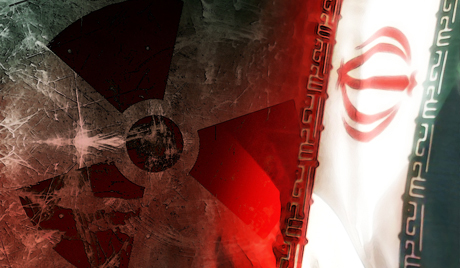 There is an important point that is often neglected in discussions over IAEA's professional role, teaching fellow of the Department of Politics and International Studies of SOAS (University of London), Dr. Shirin Shafaie told Trend.

She was commenting on the question of Iran's ballistic missiles having the design that could be adjusted to carry nuclear warheads.

"The International Atomic Energy Agency's inspection mandate is limited to ensuring the peaceful usage of nuclear material only," she said. "IAEA's objectives and functions are clearly stated in its Statute that is available for the public to review online. The Agency does not have a mandate to probe details of any country's defence establishment or activities."

However, Shafaie said that another important point here is that according to the Nuclear Non-Proliferation Treaty (NPT), Article IV, the Agency is also very much responsible for facilitating the fullest possible exchange of equipment, materials and scientific and technological information for the peaceful uses of nuclear energy to all parties to the Treaty without any discrimination, with special consideration for the needs of the developing areas of the world.

"Unfortunately however, in the case of Iran the IAEA has been reduced to a mere "watchdog" and increasingly expected by the US and Israel (the latter is a nuclear-armed, non-NPT state, without a civilian nuclear energy program) to undertake extra-legal investigations of Iran's defence (i.e. non-nuclear) sites and activities," she said.

"Similarly, linkage of Iran's ballistic missile program to its nuclear energy program is unfounded and cannot be justified under any exiting internal law or treaty, least of all under NPT or the IAEA Statute," she added.

Speaking about Iran not having submitted a detailed report about its heavy-water reactor Arak to IAEA, especially regarding the periods of supplying heavy-water to the reactor, Shafaie said that according to Iranian officials the heavy-water facility in Arak is needed for research purposes and production of radioisotopes that are used for diagnosis of cancer in more than 850,000 Iranian patients.

"The problem is that heavy-water (but also light-water) reactors can also be used to produce plutonium which can then be used to make a bomb - also known as the plutonium route, as compared with the highly enriched uranium," she said.

She went on to add that the Arak heavy-water facility is currently incomplete and not operational.

"Iran has accepted to voluntarily halt the installation of nuclear equipment in this facility for a period of time based on the recent nuclear deal," Shafaie said. "Moreover, Iranian officials have announced that they would be willing to modify the design plans of the reactor at this facility to reduce the amount of plutonium produced there."

"According to experts, there are other options that Iran could consider, with IAEA's assistance, to allay concerns over this particular facility, for example guarantees that there will be no reprocessing plant built in Iran that can extract plutonium from spent fuel, or agreements for shipment of the spent fuel out of the country. It is hoped that these options will be explored in future comprehensive negotiations between P5+1 and Iran but also during technical discussions with the IAEA experts given that the essence of the agreement is not violated by any of the parties involved," she said.

Shafaie told Trend that however there still remains a significant risk to the fulfillment of these plans and success of a comprehensive and permanent nuclear deal with Iran.

"Violation of Iran's "inalienable right to develop research, production and use of nuclear energy for peaceful purposes without discrimination" would seriously harm if not fully destroy the success of the Interim Deal. This "inalienable right" is granted to Iran as a Party to the NPT (under Article IV) and is not a favour that the US may or may not decide to give to Iran," she said.

She added that currently negotiations have been successful and constructive because the P5+1 group has not demanded the complete dismantling of Iran's national nuclear energy program.

"However, this agreement will unravel if it becomes clear that the US and its European allies have not been sincere in their public statements that acknowledge Iran's nuclear rights," Shafaie said.

"This has been the case with regard to the Sa'dabad Agreement that was singed between Iran and EU3 (Britain, France and Germany) in 2003 (and The Paris Agreement signed between the same parties in 2004) based on which Iran agreed to sign the IAEA Additional Protocol and carry out its provisions on a voluntary basis and suspend its uranium enrichment activities for an agreed period to build trust."

She noted that in return the Europeans pledged to provide "firm guarantees on nuclear, technological, and economic cooperation and firm commitments on security issues" to Iran.

"These agreements failed because in principle "the West did not want Iran to have an enrichment capability". A European diplomat was quoted to have said that the West gave Iran a beautiful box of chocolate that was nevertheless empty," she said.

"Another historic agreement was reached in May 2010 between Iran, Brazil and Turkey based on which Iran would ship most of its low-enriched uranium abroad in return for nuclear fuel rods for Tehran Research Reactor ("Tehran Declaration"). President Obama had initially fully supported this initiative by writing to the Brazilian and Turkish leaders separately to inform them about the US most positive position on this potential deal," Shafaie noted.

"According to Noam Chomsky, President Obama wrote these letters in support of the deal, "apparently on the assumption that it would fail and provide a propaganda weapon against Iran. When it succeeded, the US was furious, and quickly undermined it by ramming through a Security Council resolution with new sanctions against Iran that were so meaningless that China cheerfully joined at once - recognizing that at most the sanctions would impede Western interests in competing with China for Iran's resources," she said. "Once again, Washington acted forthrightly to ensure that others would not interfere with US control of the region."

"We can only hope that this time the US and its European allies are truly honest about their statements and will respect their obligations based on the most recent nuclear deal (2013-2014). Only then this Interim Deal will have a chance of being turned into a permanent and sustainable agreement," Shafaie concluded.

Iran and the P5+1 held meetings in Vienna in February to work on a comprehensive deal. Iran and the P5+1 (Russia, China, France, Germany, UK and the US) signed an interim deal on Iran's nuclear energy program in Geneva on November 24, 2013. The deal took effect on January 20.

Under the agreement, six major powers agreed to give Iran access to its $4.2 billion in revenues blocked overseas, if the country fulfills the deal's terms, which offer sanctions relief in exchange for steps on curbing the Iranian nuclear program. 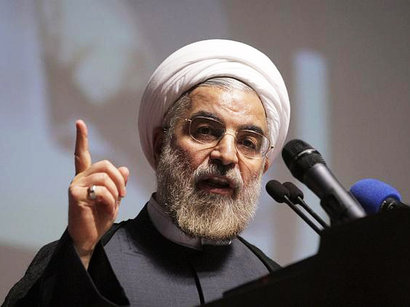 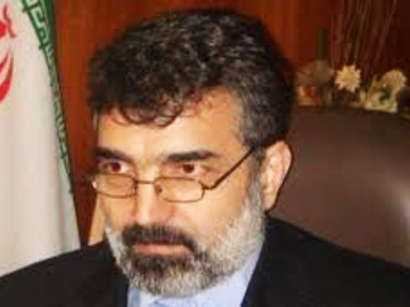