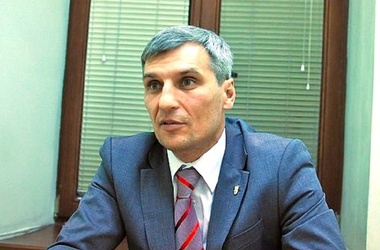 Vice Speaker of the Ukrainian Verkhovna Rada (parliament) Ruslan Koshulinsky broke off his visit to Tbilisi due to deterioration of the situation in Kiev. The vice speaker had arrived in Georgia to attend the meeting of the GUAM Parliament Assembly.

Currently the situation is dangerous in the Ukraine and this could lead to an economic crisis in the country, Koshulinsky said. It is possible that the Ukrainian ambassador to Georgia will also return to his homeland, the vice speaker said.

"I am breaking off my visit to Tbilisi and returning to Kiev. I have already informed my colleagues in Georgia. The situation in Kiev is very dangerous. The government has used force against its own nation. These processes can lead to a political crisis in Ukraine," he said.

Mass protests in Kiev began on November 21. They were provoked by the refusal of the government of Ukraine to refrain from the planned signing of an association agreement with the European Union, planned for signature at the EU summit on Nov.28-29.

Supporters of European integration also came to rallies in other cities of the country. On the nights of Nov.29 to Nov.30, a rally in the centre of Kiev was broken up by special mission units. Nevertheless the next day opposition supporters gathered again and demanded the resignation of the government and president. A group of people tried to storm the building of the presidential administration.

Hundreds of people were injured as a result of clashes in Kiev last weekend. Around 165 participants of the protests appealed for medical aid on Dec.1 and 109 of them were hospitalised, the city administration said.

Georgia to increase tariff for ensuring safety of aircraft and passengers
Transport 18:06
Most popular