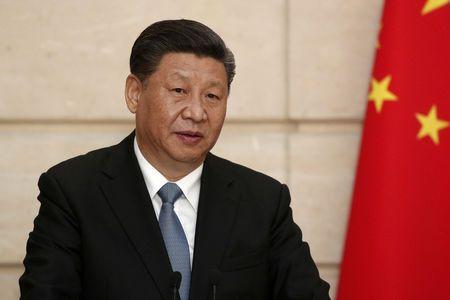 Xi pointed out that as the regional and international environments are undergoing profound and complex changes, the strategic and overarching importance of China-Egypt relations has become all the more evident. The visions and interests that China and Egypt share mean that the two sides need to work together toward the building of a China-Egypt community with a shared future in the new era and toward greater advancement of the China-Egypt comprehensive strategic partnership.

Xi underscored that China firmly supports Egypt in choosing a development path that suits its national conditions and in safeguarding national sovereignty, security and development interests. China is ready to deepen Belt and Road cooperation with Egypt, ensure the on-schedule and high-quality completion of the train project in the 10th of Ramadan City and the Central Business District (CBD) in the new administrative capital of Egypt, and make the China-Egypt Suez Economic and Trade Cooperation Zone and other major cooperation projects a success.

China is ready to import more quality products from Egypt and expand cooperation in investment and financing, joint vaccine production and aerospace. The two sides need to promote the Luban Workshops and Chinese language learning so that more people will become bridges for China-Egypt friendship, said Xi.

China hopes to seize the opportunity offered by the first China-Arab States Summit to work with Egypt to build a China-Arab community with a shared future and to better implement the nine programs announced at the Forum on China-Africa Cooperation, said Xi.

China is ready to step up cooperation with Egypt in the United Nations and on other multilateral platforms, and jointly advocate true multilateralism, uphold the basic norms of international relations, safeguard the common interests of developing countries, and promote peace and stability in the region and beyond, said Xi.

Sisi said that under the strong leadership of the Communist Party of China (CPC), China has made great development achievements and gained notable international stature. He extended heartfelt congratulations on the success of the recently held 20th CPC National Congress.

Egypt is glad to have a great friend like China and looks forward to further enhancing Egypt-China comprehensive strategic partnership and promoting bilateral cooperation in various fields so as to deliver more good results, he said.

The Egyptian side firmly adheres to the one-China policy, and firmly supports China's position on Hong Kong, Xinjiang and other issues concerning China's core interests, and firmly opposes interference by any force in China's internal affairs, he said.

Egypt will continue to work with China to advance Belt and Road cooperation. Egypt welcomes China's active participation in important infrastructure projects in Egypt. Its doors are wide open to Chinese companies hoping to invest and seek cooperation in Egypt. Egypt hopes to strengthen cooperation with China in vaccine research and development, he said.

He thanked China for its important and positive role in COP27, saying that Egypt stands ready to enhance multilateral communication and cooperation with China. He looks forward to the first China-Arab States Summit expected to open a new era for Arab-China relations.

Ding Xuexiang, Wang Yi and He Lifeng, among others, attended the meeting.