Other News Materials 18 April 2018 07:15 (UTC +04:00)
South Korea and the United States may seek to sign a peace treaty with North Korea when and if the communist state completely gives up its nuclear ambitions 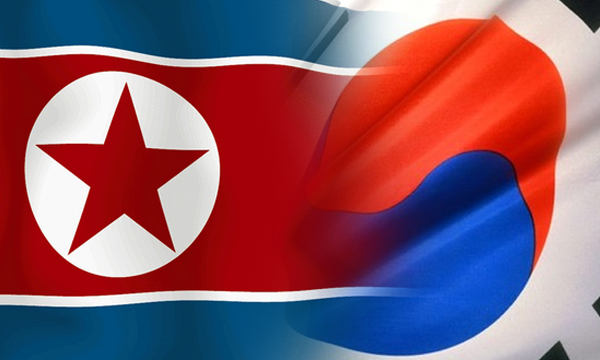 South Korea and the United States may seek to sign a peace treaty with North Korea when and if the communist state completely gives up its nuclear ambitions, Seoul's top security adviser said Wednesday, Yonhap News reports.

Chung Eui-yong, head of the presidential National Security Office, said the allies are considering various ways to reward the North following its denuclearization.

Seoul and Washington are holding "in-depth discussions on various ways to successfully hold the South-North Korea summit and the North Korea-U.S. summit that will be held shortly thereafter," Chung told reporters.

"For instance, we are discussing how we could remove the (security) concerns held by North Korea. We have also held in-depth discussions on how we could guarantee the North's bright future should the North make the right decision," he added.

South Korean President Moon Jae-in and North Korean leader Kim Jong-un are set to meet next Friday for what will be a third inter-Korean summit. U.S. President Donald Trump has agreed to meet Kim in May or early June.

Chung's remarks came shortly after the U.S. president said those discussing an end to the Korean War would "certainly have my blessing."

An official from Seoul's presidential office Cheong Wa Dae later said the countries are reviewing the possibility of signing a peace treaty with North Korea.

"Of course, there remains a process of consulting with all related countries, including North Korea, as it cannot be realized only by our wish," the official said, while speaking on condition of anonymity.

South Korea and the North technically remain at war as the Korean War ended only with an armistice. Formally ending the war would require replacing the armistice with a peace treaty, which apparently is also viewed as a way to guarantee the security of the communist North.