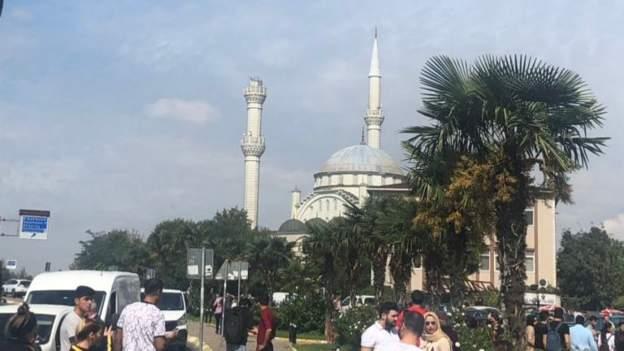 According to media reports, following the earthquake some mobile operators' networks ceased working.

The reason for this, according to media reports, is line congestion.

A minaret of one of the mosques in Istanbul got destroyed by the tremors, reports said.

According to preliminary reports, no one was injured in the earthquake.

Tremors continue in Istanbul. So far, four tremors have been recorded.

"The epicenter of the earthquake was at a depth of five kilometers. Tremors were felt in neighboring cities as well," reports read.

A number of schools canceled classes.

Earlier, an earthquake of 4.7 magnitude hit Istanbul on Sept. 24.

Turkey is located in a seismically active zone and earthquakes occur quite often, leading to casualties.

The most powerful fluctuations of the earth's crust in the country were noted in 1999 in the Marmara Sea region. The magnitude of aftershocks then was 7.4. The earthquake caused the deaths of about 18,000 people.