Washington Times: Why US supports Ukraine, but not Azerbaijan? 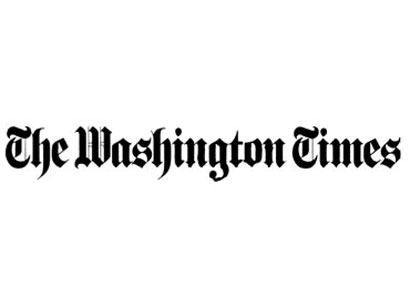 The United States must be consistent in its treatment of post-Soviet conflicts, said Maayan Jaffe, the former editor-in-chief of the Baltimore Jewish Times, in her article published by The Washington Times.

Jaffe said the White House and Congress have, in the past months, supported Ukraine in its fight for territorial integrity, while the president, vice president and prominent members of Congress have all considered sending military support to Ukraine to help ward off further hostilities.

"Other nations have expressed the same," Jaffe said.

Meanwhile, Jaffe wonders why isn't the US doing the same for its Caucasus region ally Azerbaijan, asking "Where is the consistency necessary for a sustainable and successful US foreign policy?"

"For more than 20 years, Armenia has waged an ongoing, illegal occupation and ethnic cleansing in Nagorno-Karabakh and seven other adjacent regions of Azerbaijan - in violation of its sovereignty and territorial integrity," Jaffe said.

The author also noted that Nagorno-Karabakh and seven adjacent districts have historically belonged to Azerbaijan and have been recognized as belonging to Azerbaijan by the international community.

"Yet, they have remained under Armenian occupation for more than two decades, since 1992," Jaffe added. "Then, following a violent and bloody conflict, Armenia occupied 20 percent of Azerbaijan (including the noted areas) and plunged the south Caucasus region into an ever-lingering conflict."

She further stresses that the occupation of a country's internationally recognized lands by another country is unacceptable.

"International law clearly supports Azerbaijan's position. Therefore, the Armenia-Azerbaijan conflict should be settled in accordance with the existing United Nations resolutions on the conflict and should be solved unequivocally," the author added.

"The United States must stand up not just for Ukraine, but the broad principle of territorial integrity and sovereignty," said the author, adding, "The US must be consistent in their assessment of conflicts in Ukraine, Georgia and Azerbaijan."

"Belatedly, many now admit that had we been more consistent vis-a-vis conflicts between Armenia and Azerbaijan, and in Georgia early on, the tragic events in Ukraine could have been avoided," Jaffe said.