Participants of a protest action in support of Ismail Isakov, ex-Defense Minister of Kyrgyzstan do not plan to stop the hunger strike, Topchubek Turgunaliev, one of the opposition leaders told the news agency 24.kg Friday.

At least 60 people reportedly took part in the action from the very beginning. "As of today, ten persons, including the 85-year-old mother of Isakov, protest in the village of Sopu-Korgon, and five other - in Bishkek," Turgunaliev said.

As the news agency 24.kg earlier reported, the political hunger strike started on January 13. Its participants headed by Topchubek Turgunaliev demand a release of the ex-Defense Minister Ismail Isakov and other opposition members accused on Petrovka village incident and jailed for Balykchy case. Barbershops and beauty salons in Azerbaijan to start working soon 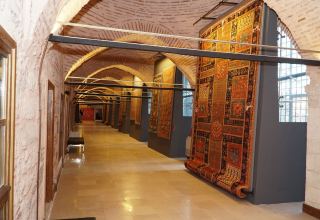