Uzbekistan’s President Shavkat Mirziyoyev decreed to approve the feasibility study of a project to construct the new Tashkent 4 international passenger terminal, priced at $430.97 million, at the Tashkent Airport, an official of Uzbekistan Airways told Trend.

It was earlier reported that the project feasibility study was prepared by a South Korean consortium led by Incheon International Airport Corporation.

Initially, the project cost was estimated at $336.4 million.

According to the feasibility study, the terminal will have an area of 86,940 square meters and capacity of 1,500 passengers per hour.

Uzbekistan's Fund for Reconstruction and Development will also allocate a loan worth $81.69 million. The rest will be funded by Uzbekistan Airways.

The terminal construction is scheduled to begin in the second half of 2017-first half of 2018. 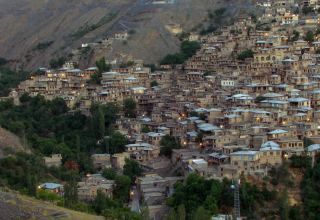