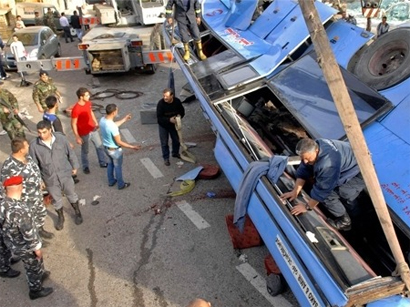 At least 13 people were killed and 30 others injured when a bus carrying retirees overturned on a foggy road in northern Argentina, Trend reports citing Xinhua.

According to the police, the incident took place around 10:00 a.m. (1300 GMT) on Monday at the intersection of the highways 157 and 308 near the city of La Madrid in the northern province of Tucuman.

The newspaper "La Gaceta" of Tucuman reported that the bus departed on Sunday night from the western Mendoza province for the northern city of Termas de Rio Hondo, which is known for hot springs.

More than 30 ambulances transported the victims to different hospitals and four groups of firefighters collaborated with the rescue tasks.