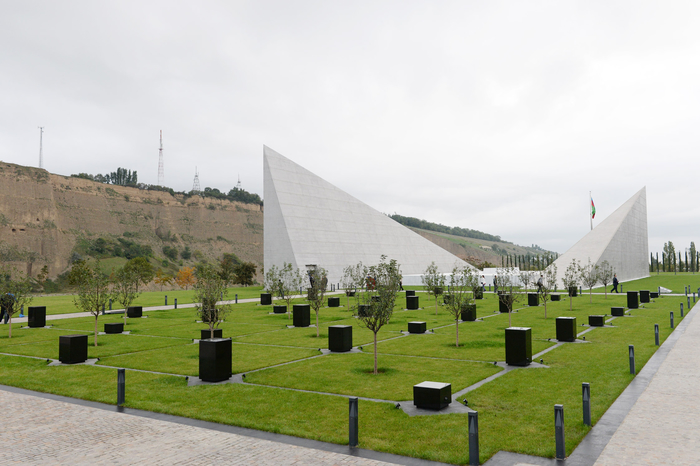 The Quba genocide memorial complex has been erected in memory of the tens of thousands of Azerbaijanis who were victims of massacres committed by Bolshevik- Armenian armed forces in Azerbaijan in 1918.

The Bolshevik- Armenian armed forces committed massacres in Baku, Quba, Shamakhi , Qoychay , Javad , Salyan , Qarabakh, Zangezur, Nakhchivan , Lankaran , Ganja and other regions . They burned and destroyed more than a thousand villages during the massacre, which went down in the history of Azerbaijan as one of the most tragic genocides of the 20th Century.

Some 167 villages were completely destroyed in Quba province alone in April and May 1918.

Quba city was looted. Mass killings of the Muslim and part Jewish population of the province were committed.

A mass burial, accidentally discovered during construction work in Quba in 2007 was obvious proof of the genocide committed by the Armenians in Quba in May 1918.