Italy’s Snam and the Iren Group have signed an agreement related to Snam’s acquisition of the 49.07 percent stake in the share capital of OLT (Offshore LNG Toscana), the company which has built and manages the offshore regasification terminal (FSRU - Floating Storage and Regasification Unit) located about 22 km off the Tuscan coast between Livorno and Pisa, Trend reports citing Snam,

The agreement provides for an assessment of approximately 400 million euro for the quota, as at 31 December 2017, which also includes a shareholder loan granted by Iren in favor of OLT.

This assessment is subject to upward and downward price adjustments, agreed between the parties, also in relation to the reimbursements of the aforementioned loan carried out by OLT after 31 December 2017. The net amount at the closing of the transaction - reflecting a different timing compared to the previous transaction between Uniper and First State Investments - will amount to approximately 345 million euro (including the interest provided for by the agreement from the reference date of the valuation and excluding any increase adjustments). The consideration will be paid by Snam with its own funds.

With a maximum annual regasification capacity of 3.75 billion cubic meters, OLT is the second largest liquefied natural gas (LNG) terminal in Italy. Operating on a regulated regime, with a RAB (Regulatory Asset Base) of approximately 760 million euro as of 31 December 2018, OLT achieved 112 million euro in revenues in 2018, and an EBITDA of approximately 65 million euro.

The OLT terminal can be expanded further by offering loading and unloading services for small LNG carriers (small scale LNG), improving the penetration of liquefied natural gas as a fuel for sustainable maritime and road transport.

The closing of the transaction is subject to prior approval by the competent authorities (Antitrust authorization and ‘Golden Power’ authorization). After the acquisition is completed, OLT will be jointly controlled by Snam and First State Investments, and the shareholding will be composed as follows: Snam 49.07 percent, First State Investments 48.24 percent, and Golar LNG 2.69 percent. 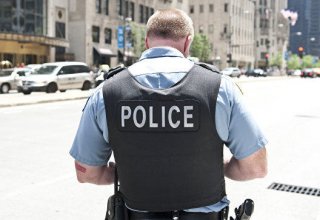