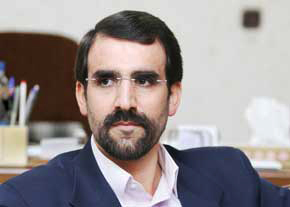 By Fatih Karimov - Trend: Iran's ambassador to Moscow says a new era in relations between Iran and Russia has begun.

In an interview with Iran's ISNA news agency, Mehdi Sanaei referred to the post-sanctions era as a new chapter in Tehran-Moscow ties, which paves the way for further cooperation on the Syrian crisis and the peaceful use of nuclear energy by Iran.

The expansion of ties with Russia, China, and India will be among priorities set for Iran's foreign policy, he noted.

The agreement on Iran's nuclear program "greatly affects" the cooperation between the Islamic Republic and Russia, including the defense sector, said Iranian Foreign Minister Mohammad Javad Zarif on August 17.

"We have common interests," RIA Novosti quoted Zarif as saying at a meeting with Russian Foreign Minister Sergey Lavrov. "The Islamic Republic of Iran attaches great significance to relations with Russia."