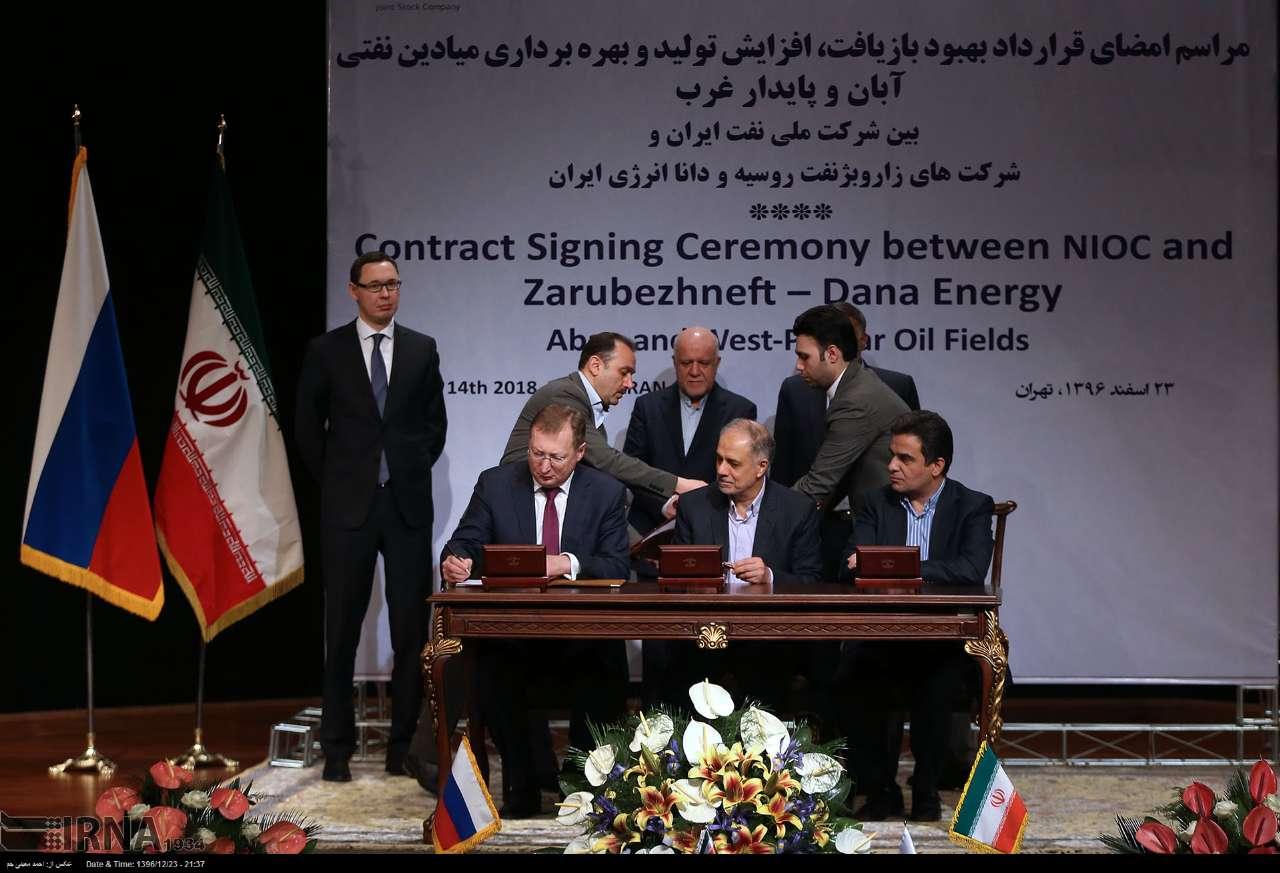 The National Iranian Oil Company signed a deal with Russia’s Zarubezhneft to develop the fields, according to SHANA, the news site of the Iranian oil ministry.

The Aban and Paydar-e Gharb fields are both in western Iran and jointly owned by Iran and Iraq, according to SHANA. Their combined oil output is currently 36,000 barrels per day.

The 10-year agreement is intended to boost the production of the fields to 48,000 bpd. The fields are expected to produce 67 million barrels of oil during the ten years, SHANA reported.

Zarubezhneft has an 80 percent share in the deal and its Iranian partner, Dana Energy, the remaining 20 percent.

The cost of developing the fields is estimated at $674 million, with an additional $68 million in indirect costs, according to SHANA. (Reporting by Babak Dehghanpisheh Ediitng by Mark Potter)