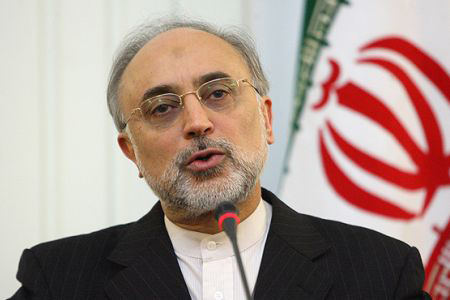 Salehi said that if the deal is implemented by only one side, Iran will make the necessary decisions in due time.

Salehi added that so far, Iran has made decisions in three steps.

In turn, Cornel Feruta said that the IAEA will continue to work independently, impartially and professionally.

Feruta added that the IAEA is interested in continuing its cooperation with Iran.

In January 2016, the JCPOA was implemented between Iran and the P5+1 group (the US, Russia, China, UK, France and Germany) in connection with Iran's nuclear program. In May 2018, the US announced its withdrawal from the deal and imposed sanctions against Iran in November of the same year. In order to preserve the agreements reached as part of the JCPOA, the European signatories of the deal stated in January 2019 that a financial mechanism for maintaining trade with Iran called INSTEX was formed.

On May 8, 2019, Iran announced that it had ceased fulfilling its commitments regarding the sale of over 300 kilograms of uranium, as stated in the deal, basing its decision on the other signatories having not fulfilled their obligations.

On July 7, Iran announced that it will not be fulfilling its commitments regarding the enrichment of uranium at 3.67 percent and the reconstruction of the Arak Heavy Water Reactor Facility as stated in the deal.

The 60-day deadline given by Iran to European countries involved ended on Sept. 7 this year.

On Sept. 5, Iran announced that it will enrich uranium using next-generation centrifuges as part of the third step of reducing commitments in the JCPOA.