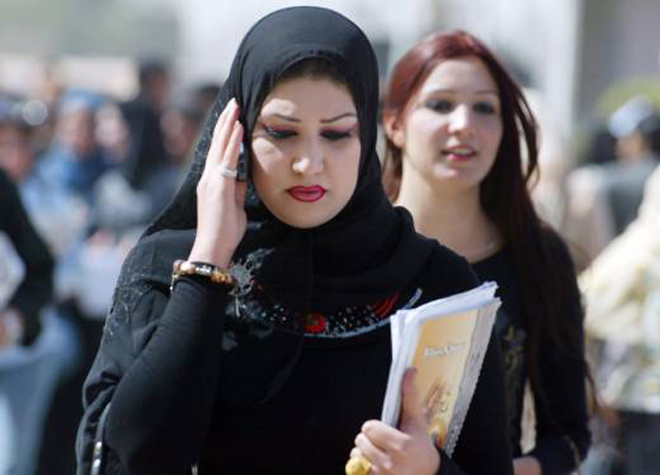 A French court on Thursday convicted two women for wearing Islamic face veils in public, in the first conviction since a ban on wearing the veils came into effect in April,dpa reported.

The court in the town of Meaux, about 40 kilometres east of Paris, fined Hind Ahmas, 32, and another woman for appearing outside the local town hall in niqabs - a veil that covers the hair and face with a slit for the eyes, their lawyer Gilles Devers told the German Press Agency dpa.

Devers said Ahmas was fined 120 euros and the other woman 80 euros.

He said he would appeal their conviction, claiming the ban violates the women's basic rights.

"The problem is not the fine. The problem is that these women are effectively under house arrest. That's the real punishment," Devers said.

France was the first European country to ban the wearing of the Islamic burqa, or full-body covering, and niqab in public. Since then dozens of women have been booked by police but no cases, bar this one, had gone to court.

Ahmas and her co-accused were fined after showing up at Meaux town hall on May 5 with a birthday cake for Mayor Jean-Francois Cope, who is also the leader of President Nicolas Sarkozy's conservative ruling Union for a Popular Majority (UMP).

The cake was made of almonds - a word that sounds like the French word for fines (amendes) - and was meant as a dig at the government over its timid application of the ban.

Ahmas had said she hoped to be fined, so that she could challenge the law, which she sees as an attack on her freedom of religion, all the way to the European Court of Human Rights if her appeals failed in France.

An estimated 2,000 women in France were estimated to wear the garments when the law was passed last year.