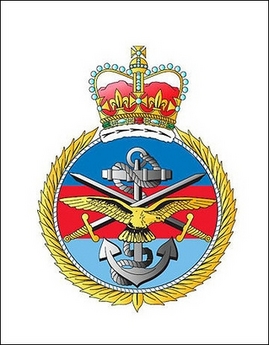 ( AFP ) - A laptop containing the details of 600,000 people has been stolen, the Ministry of Defence announced Friday, in another staggering loss of personal data in Britain.

The MoD said the laptop, containing the details of potential recruits, was stolen from a Royal Navy officer in Birmingham, Britain's second city, on the night of January 9.

The bank details of 3,500 people were on the laptop's database.

The MoD said nothing until now for fear of hampering an investigation were the theft to become public knowledge.

It comes less than two months after the personal details of 25 million people, approaching half the British population, got lost in the post in a spectacular blunder by a junior official.

"The stolen laptop contained personal information relating to some 600,000 people who have either expressed an interest in, or have joined, the Royal Navy, Royal Marines and the Royal Air Force," the MoD said in a statement.

In some cases of casual enquiries, just the name was on record. However, for those who submitted applications to join the military, "extensive personal data" could be held.

The MoD was treating the loss "with the utmost seriousness" and was writing to those whose bank details were on the database, while their banks were also being alerted.

Defence Secretary Des Browne would make a statement to parliament as soon as possible, the statement said.

The theft is the latest of several incidents involving the loss of personal data, raising questions about how secure people's details are in the hands of officials.

On December 11, the names and addresses of 6,000 motorists in Northern Ireland went missing in the post between vehicle licensing offices. On the same day, police admitted that prisoner files containing names, birth dates and criminal records had been sent to the wrong address.

And six days later, the British government said that the personal details of three million driving-test applicants vanished in the hands of a sub-contracted assessor in Iowa.