A criminal who committed an armed attack at the Azerbaijani university, perhaps, planned a terrorist attack at the subway, Head of the Baku Metro Tagi Ahmadov said at a news conference on July 3.

"But he understood that he could not commit a terrorist attack at the subway and refused from this," he said.

An armed man attacked Building 2 of the Azerbaijan State Oil Academy at early morning on April 30. According to preliminary reports, the armed man killed 12 and wounded 13. The joint statement by the Interior Ministry and Prosecutor General's Office said the attack was committed by 29-year-old Georgian citizen Gadirov Farda Asad oglu by Makarov revolver.

Three cartridge-belts with capacity of 40 bullets and 71 bullets and two magazines were seized from the body of the killer.

Ahmadov said security at the subway is ensured at a high level. A plastic card for the subway was found on Farda and he did not use it for the last two days, the head of the metro said.

He said some 16 new staff units were opened to ensure security at the carriages and strengthen a control on July 1.

"All area of the Baku metro is under control of video cameras. They do not exist only in carriages. New staff will control the carriages," Ahmadov said.

Cameras will be installed in carriages in future, he said. Earlier, video records were kept only for 10 days, but now they will be archivated, the head of the Baku metro said. 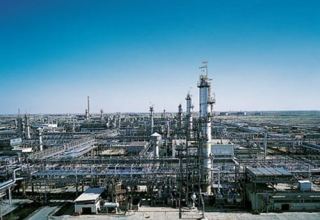