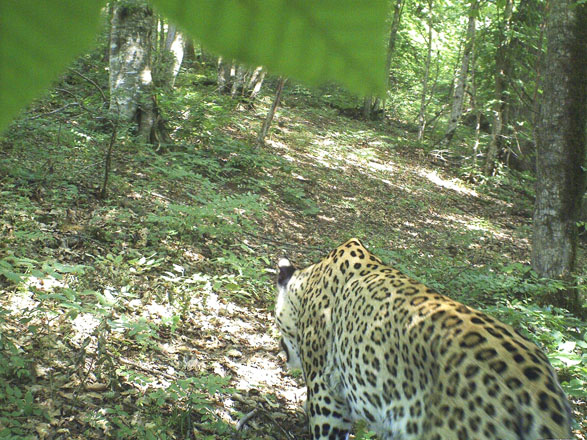 During the monitoring in the Hirkan National Park, which was conducted by the representative office of the World Wildlife Fund for Nature (WWF) in Azerbaijan, another Caucasian leopard was found with the help of camera traps, the Ministry of Ecology and Natural Resources of Azerbaijan told Trend on Monday.

The photo was taken by camera traps installed in October of last year.

Such facts are considered as the real examples of works carried out for strengthening the measures on protection of animal world in specially protected areas of nature and works on environmental enlightenment.

These works also talk about a safe environment for the life of leopards and raising the numbers of cloven-hoofed animals such as moufflon, which serves as a food for the leopards.

In recent years, the work carried out within the framework of the "Big Five" program has also given its results.

It should be noted that the program was started by the Vice-President of the Heydar Aliyev Foundation, initiator of the IDEA project (International Dialogue for Environmental Action), Leyla Aliyeva.

The program covers the protection of five species of fauna (bears, wolves, gazelles, eagles, leopards) which stand on the brink of extinction in the Caucasus.