BAKU, Azerbaijan, March 25. Participants in the Second Karabakh War, awarded by orders of the President of Azerbaijan, Supreme Commander-in-Chief of the Armed Forces Ilham Aliyev dated June 24, 2021, were awarded medals in Azerbaijan Army’s Nakhchivan Garrison, the Ministry of Defense of Azerbaijan told Trend.

The memory of the martyrs was first honored and the National Anthem of the Republic of Azerbaijan was played at the ceremony of awarding the medals.

Commander of Nakhchivan Garrison, Colonel-General Kerem Mustafayev spoke about the policy of army building, the foundations of which were laid by the National Leader Heydar Aliyev, and the victory won in the 44-day war at a meeting with the participants of the Second Karabakh War.

Our people dealt crushing blows to the enemy in the struggle for the sovereignty and territorial integrity of Azerbaijan, Mustafayev noted.

According to him, this victory is an important factor for ensuring sustainable and long-term peace in the region.

"The unity of the people and the heroism of our brave sons in the Second Karabakh War brought our people a great Victory," Parliamentary Chairman of Nakhchivan Autonomous Republic Vasif Talibov said at an event in connection with the provision of apartments to veterans, families of martyrs and participants in the war on March 15, 2022.

Speaking about the Azerbaijani-Turkish friendly relations, military cooperation, and the "Shusha Declaration on Allied Relations between Azerbaijan and Turkey" signed on June 15, 2021, in Azerbaijan’s Shusha, the Commander of Nakhchivan Garrison Mustafayev noted the importance of the Declaration for the Caucasus region and the prospects of taking into account the special geographical location of Azerbaijan’s Nakhchivan region in this context.

Participants of the Second Karabakh War, captain Uzeyir Novruzov and senior lieutenant Fariz Babayev, who spoke at the event, spoke about the battles, also about the care rendered to the participants in the war and the families of martyrs.

Medals for the liberation of Khojavand, Jabrayil, Zangilan and Aghdam were awarded at the event. 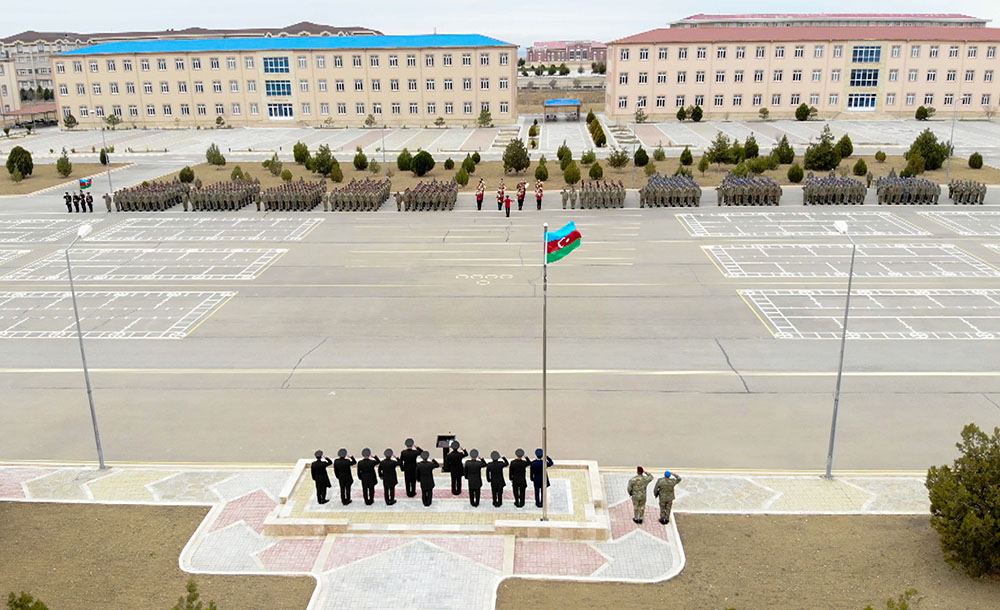