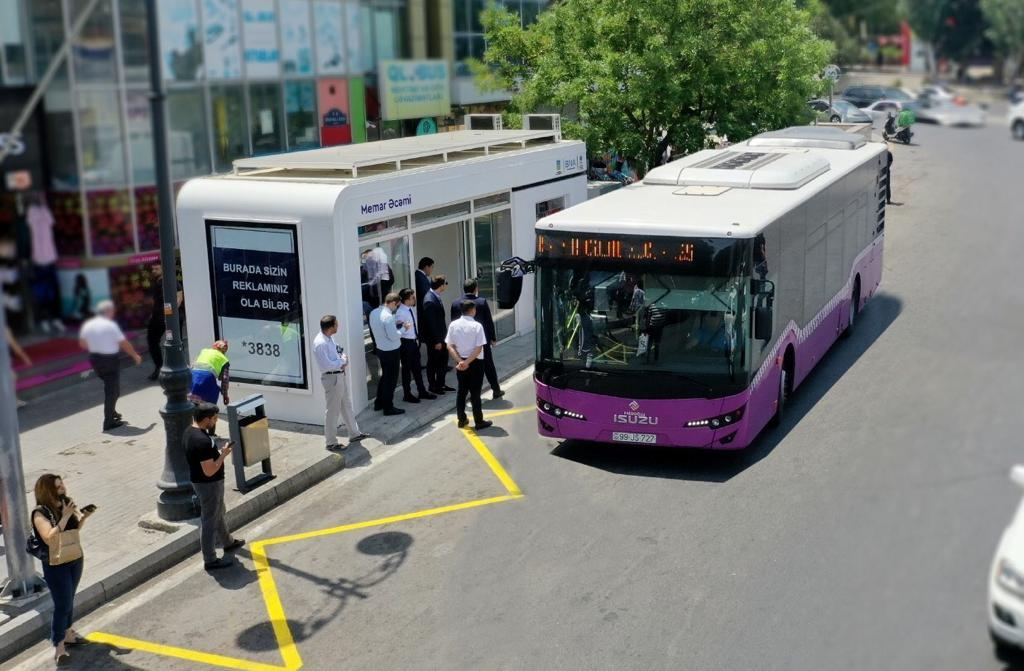 The provision of quality public transport services to citizens is in constant focus in Azerbaijan. Consistent measures have been taken, in recent years, to modernize the bus fleet of Baku, in accordance with instructions of President of Azerbaijan Republic.

Public transport infrastructure is also being updated with introduction of new technologies and innovations. Work continues on installation of smart pavilions for bus stops in Baku.

This process is carried out with the joint support of Baku Transport Agency (BNA) under the leadership of the head of the Baku City Executive Power and Azerbaijan’s Small and Medium Business Development Agency (SMBDA).

According to BNA, the project, implemented within the framework of a public-private partnership, is fully funded and managed by private sector.

The aim of project is to increase functionality and innovativeness of bus stops, to expand usage of public-private cooperation model in the sphere of public transport infrastructure management.

Locally produced smart stops have many benefits. The pavilion has an air conditioning (cooling) system, also surveillance cameras and monitors.

Lighting and power supply in smart stops will be partially provided by solar panels. Products such as coffee, tea, water, etc. will be sold in smart stops.

It is planned to install 100 smart stops in Baku over next two years.