The company's managing director Hashem Yekkeh-Zare' added that the products meet the Euro-3 standards and can be upgraded to the Euro-4 standards.

The new products include seven trucks, four buses, one pickup and one van vehicles.

Iran plans to manufacture at least three million cars by 2025 and export some one million sets, the Fars News Agency quoted Industry, Mine and Trade Minister Mehdi Ghazanfari as saying.

He made the remarks on the sidelines of a ceremony to unveil the second all-Iranian car, named Runna, in Tehran on June 16.

Iranian car manufacturers produced 1.648 million cars in 2011, making the country number 13 in the world in terms of production, the Fars News Agency quoted a report made by the International Organization of Motor Vehicle Manufacturers as saying. 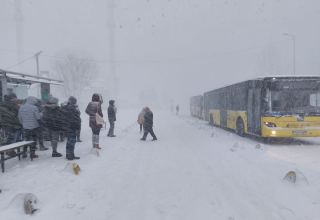