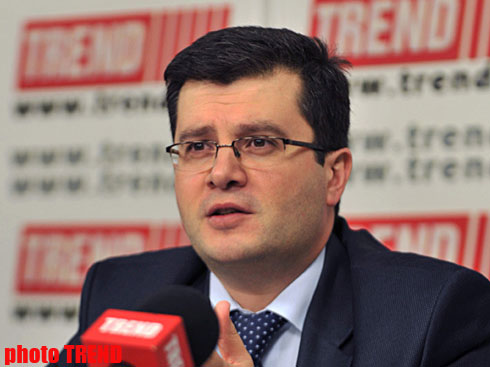 The release of Azerbaijani poets is an indicator of the concern shared by the Azerbaijani state and its president for citizens, Foreign Ministry spokesman Elman Abdullayev told reporters on Wednesday.

"The Azerbaijani people's concern for the fate Farid Huseyn and Shahriyar Hajizadeh has repeatedly been mentioned for months at meetings and in correspondence and stressed that their arrest adversely affects relations between the two countries," Abdullayev said.

He noted that the release of the poets speaks of the restoration of justice and, moreover, it was logical.

"Currently work is ongoing on the preparation of documents for the return of Azerbaijanis to their homeland, and soon their return will be ensured," Abdullayev said.

Poets Farid Huseyn and Shahriyar Hajizade were arrested in Iran on May 2 whilst taking part in the poetry festival.

Azerbaijan has sent five notes to the Iranian Foreign Ministry demanding to provide information about detained citizens and arrange for employees of the Azerbaijani embassy a meeting with them.