Support of Azerbaijani people – source of power for Turkey (PHOTO) The Turkish embassy in Azerbaijan has held a funeral ceremony following the tragedy in the Soma coal mine of Turkey's Manisa province.

The explosion that occurred in the Soma coal mine is a huge tragedy, Azerbaijani Deputy Prime Minister Abid Sharifov said at the ceremony.

Sharifov underscored that Azerbaijan has always been and will be with Turkey.

Azerbaijan's public and political figures, Turkish businessmen in Azerbaijan, as well as representatives of the diplomatic corps participated in the funeral ceremony.

The death toll as a result of the mine collapse in Turkey's Manisa province on May 13, has increased to 282 people, according to the country's Minister of Energy and Natural Resources Taner Yildiz.

Turkey has announced a three day mourning period for victims of the mining accident, the Turkish Cabinet of Ministers said on May 14.

Turkish flags will fly at half staff in the country, as well as in all the diplomatic missions for the three day mourning period, according to the Cabinet of Ministers. 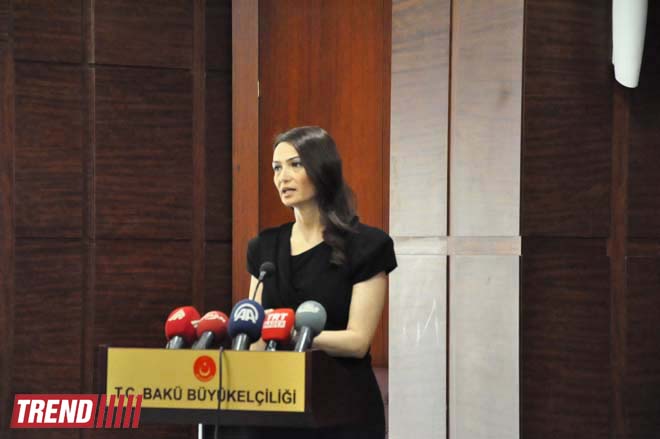